CP is not a wildlife expert but apparently this black squirrel is rather rare in North Carolina. 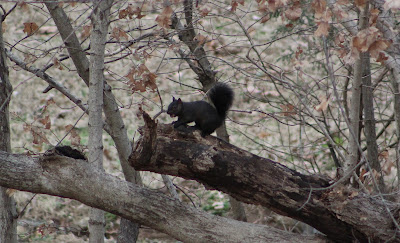 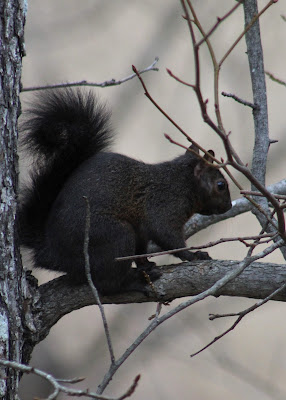 CP's Take: I'm not a fan of squirrels, and living in a home surrounded by massive trees make squirrels basically public enemy number one. So far this one has not decided that my attic should be his home. However, I do see where a stuffed black squirrel fetched a robust $150.00 on eBay recently, just saying.
Cedar Update: The Black Squirrel met an early demise. No surprise I live in a neighborhood of self absorbed idiots in too big of a hurry to slow down for the hapless rodents.
Posted by Cedar Posts at 9:13 AM

Probably came in from Atlanta or Chicago.