CMPD has released the name of the suspect shot and killed by an officer working in an under cover capacity Thursday afternoon. 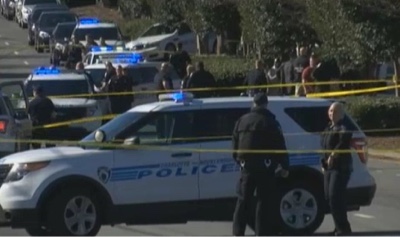 CMPD identified the dead man as 28-year-old Josue Javier Diaz.(DOB February 17, 1988)
Sources tell CP that the UC Detective was traveling east on Albemarle Road when another car clipped the side of his civilian SUV. The UC Officer dressed in civilian clothes followed the car while contacting dispatch and requesting that a marked patrol car and uniform officer conduct a traffic stop. 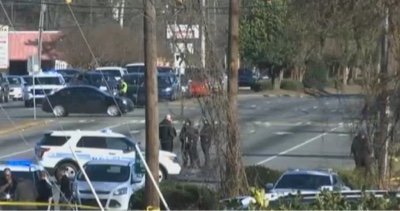 Apparently the suspect Diaz saw the UC Officer on the phone and reacted by stopping his vehicle suddenly in front of the Officer and exiting from the driver's side door with a hand gun, immediately pointing it at the officer. The UC Officer exited his vehicle and fired several times at the suspect from about 15 feet. It is unclear if Diaz fired his weapon prior to being shot or after but crime scene techs located shell casings from both Diaz's weapon and the officers. 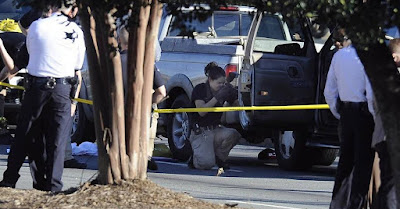 The officer's statement has not been released.
Dozens of uniformed CMPD officers as well as Charlotte Fire and Medic responded . The suspect was declared dead at the scene by Medic.
The detective was placed on administrative leave, which is standard procedure, while the investigation is underway. Due to the undercover nature of his job CMPD has stated that his name will not be released.
The first CMPD statement is below: 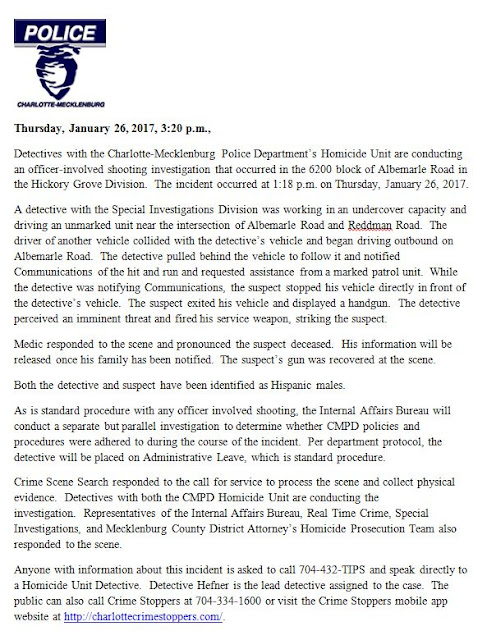 CP Update: Photos provided by an anonymous source show Mr. Diaz posing with various weapons. CP has no reason to believe this photos are fake news. 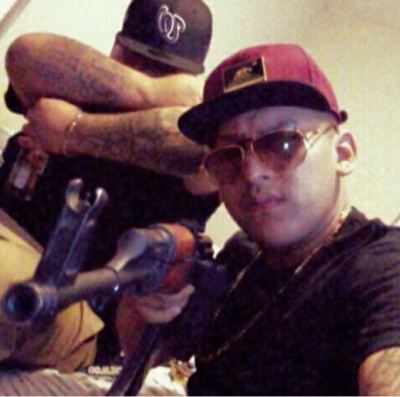 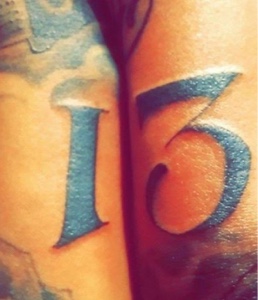 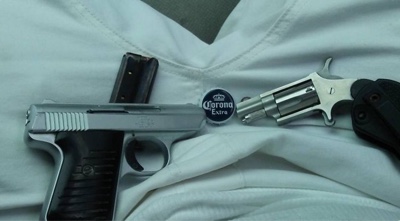 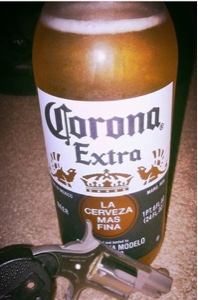 Play stupid games, win stupid prizes.
Also love the"protesters" who gathered on the sidewalk. Would have been a perfect time for another illegal alien to crash his stolen car upon the sidewalk, taking out the city's trash.
RIP scum bag.

Mexican Drug Dealer, High As Shit, Riding Dirty, No Insurance, No Drivers License, Illegal, Prior Felonies, points gun a undercover officer. Could not have ended any other way.

Cedar you know this was bound to happen. East Charlotte has become a hell hole of Mexican scum. The POS was a MS13 gangbanger wannabe.

Hey Mayor Roberts stop the carnage or Trump will send in the FEDS!

Another dead Mexican good hope he enjoyed the trip to hell.

This is the real Charlotte, a Latino under cover cop kills a kid because he doesn't like how he drives and stupid fucker bloggers like cedar shit disrespect the dead by posting photoshopped pictures of the young man with a gun. This is bullshit fake news!

3:52...based on the current available information, the UC defended himself after the "kid" discharged a .22 firearm into the UC's vehicle...appears legal and justified...move along to your next cause as this one is literally and figuratively dead

The deceased MS13 poser couldn't carry the MS13's jock strap. Ain't no real gangster drinking Corona, the world wide beer of pussies.
Gotta love Go fund me accts for such shit stains. Maybe his baby sis is now a target from the real deal MS13 for his tarnishing their image, carrying a 22 and drinking Corona's. Doesn't get any homo-like.