CP Update. Dozens of people are arrested everyday in Mecklenburg county most are African American and their crimes range from armed robbery to just being drunk on a Saturday night. They come and go their faces a sea of trouble and despair.

But when a white guy gets arrested again and again its not hard to notice. This idiot has been arrested 3 times in 2 weeks, and at least 8 times in the past year.

But it doesn't end, because this idiot has 35 charges pending in Mecklenburg and Union Counties and 14 upcoming court appearances. 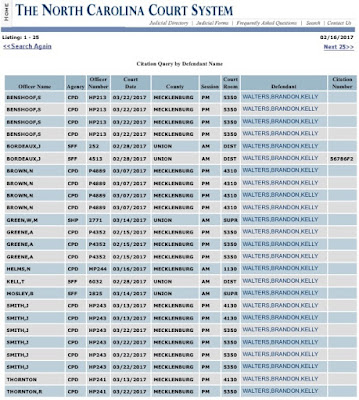 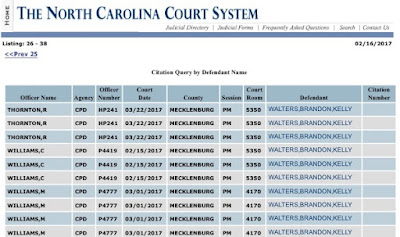 Brandon Kelly Walters apparently has an issue with his ex and despite being arrested again and again, felt the need to leave his Indian Trail home and drive up to Huntersville to try and reconcile with his ex, things apparently didn't go so well. 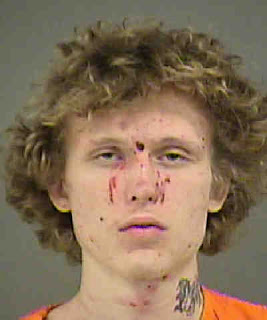 Based on the mug shot I'd say he fell getting into the police car, twice.

When it comes to assault on a female my Southern upbringing comes into play. If the girl's father happened to shoot this piece of human waste I'd acquit on the grounds of necessary violence under the "he needed killing statute". 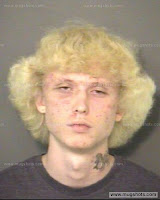 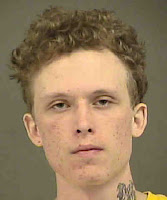 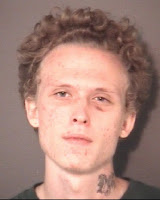 ASSAULT BY STRANGULATION
ASSAULT ON A FEMALE 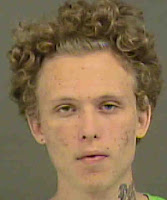 ASSAULT ON A FEMALE 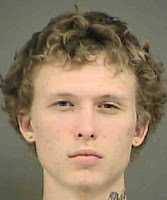 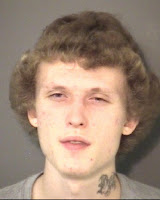 ASSAULT ON A FEMALE
FALSE IMPRISONMENT
INJURY TO REAL PROPERTY 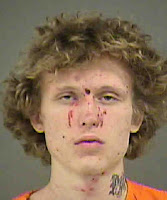 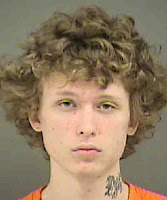 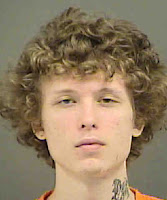 Cedar's Take: Boxcar his sorry ass. Guilty on all charges and all active sentences to run consecutively. He'll be a fixture at the MCJ for the next ten years, and then her can move on to Union County for another 4 years.

"He needed killing" - Ha Cedar you do make me laugh and I believe you are correct.

Dude needs a slug between eyes. What a waste of oxygen, and public resources. Time to arm his chick and give her some gun control lessons to end this menace to society.

Now Now we are a sanctuary city no only a safe haven for illegal immigrants but also those who choose a life of criminal activity. He still has to gain a Schedule I charge and a felony ADWIKISI.

There are counties in South Alabama you could take him to and he'd not ever come back. It would save Mecklenburg and Union counties a ton of money.

And you know this POS will eventfully kill the girl and her family maybe even his own.

Please someone put this dog down before its too late!

How does this happen? Why has this scum been allowed to go free?

Cedar any idea who the girl is? I'd love to know what kind of skank takes up with scum like this.

id shoot him too

This guy is a legend!