The Americans Are Coming

In the politically correct world of liberals identifying as an American can earn you a lot of grief.
My cousin a liberal nutbird who moved to California from West Virginia decades ago is happy to remind you that calling yourself an American is incorrect since Canadians and Chileans are also Americans. 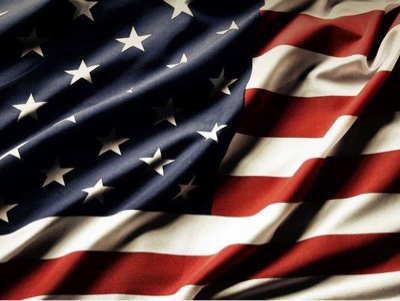 My cousin, let's call him Bob because that's his name, is an expert on everything. As far as he knows, that is. Let's face it Bob is a jerk, every family has one but Bob is an exceptional jerk who hasn't held a job in 30 years. Bob knows that it is wrong that citizens of the United States of America like to call themselves Americans.
Well Bob, I got news for you I'm an American, and there is nothing wrong with Idenitrifying as one. As proof I can offer a long list of examples none of which will convince you that you are wrong because you're never wrong.
But, I can guarantee you when the last ISIS terrorist looks to the sky and sees a missile headed right for the last ten square feet of earth terrorists control, he'll be cursing that the Americans are coming.
Happy 4th of July Bob, hope you're as proud to be an American as I am.
Posted by Cedar Posts at 11:32 PM

You are right. There is one in every family. Much like Bob, my father is a liberal. He was constantly pushing his belief that Hillary was the greatest presidential candidate ever.

He is remarried and has a 29 yr old son who is a real mess. Constant histrionics. Also extremely manipulative and believes everyone owes him something. When I would visit, my father and his wife would corner me on the perfection of Obamacare and other liberal agendas. Facts didn't matter. Also, if Rachael Maddow said it, it was fact. I think he was just following his wife's directive, but he chose his side and was sticking to it never mind the obvious and reason.

He is a disabled vet(agent orange), so this new attitude of the last few years surprises me.

We have not spoken since shortly before the election. If I called him about something or if there was something important, he would respond with a short text. I sent him a text on fathers day and told him that I hoped he had a great day and I loved him and always would. No response.

That is fine. Although he is my father and I will always love him no matter what, I can do that from afar. It was always so very stressful listening to the lectures about the moral high ground of liberalism, which was part of every encounter. I don't miss that at all.

If your father was right Trump wouldn't be president. Seems we put far too much on the line with politics, and to what end? Seldom does most political news change anything. In my wife's hometown in Maine, the sun comes up, it goes down, some days the fish are biting some days only thing biting are the mosquitos. Among her family politics is seldom a topic and any attempt I make to discuss national events are usually greeted with polite yawns.