Spring and baseball season is upon us and with that little league and soccer collide head on in the middle of April creating a sort of Armageddon of youth sports for any unprepared county park system.

So in a city the size of Charlotte you would think Mecklenburg Park and Recreation would be staffed with well trained seasoned and prepared employees, not idiots.

Welcome to a not so funny sit-com where idiocy reins supreme called Mecklenburg County Park and Recreation. 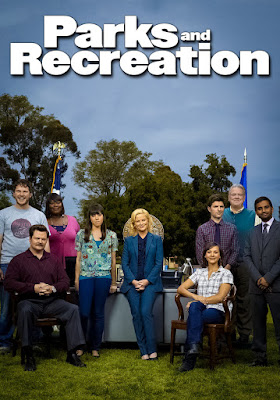 Thanks to "AJ in the QC" for filling in some of the details (@AndrewCarolinas) and giving us an idea what a mess it has become:

Parks and Rec decided a month ago to enforce a never before enforced rule of no parking on grass at Freedom Park.

That decision removed over 150 parking spaces from the ballfields at Freedom Park.

Fast forward to Friday. Parks and Rec responds to the hundreds of complaints from baseball and soccer parents, as well as Freedom Park neighborhoods who were being overrun with cars parking in front of homes and people walking to the fields.

We can now park on the grass.

So yesterday, at 2pm, I'm leaving the ballfields. My car is the only one left in the grass. The entire tennis court paved lot by New HOPE road is completely open.

But the park ranger has the sign blocking entry and is arguing with people stuck on East Blvd East Blvd was a parking lot from Bad Daddies to Kings/Queens.

I get to the front and yell to the park ranger that there's now scores of parking spaces and he can let folks in. He rudely responds no and continues arguing with a motorist who wants in the park.

Later on Saturday former candidate for Charlotte mayor Kenny Smith got into the fray:

‏
@KennySmithCLT Apr 14 More @MeckCounty you have to figure out a parking plan for freedom Park. The back lot is 1/4 Full and you were turning people away forcing grandparents to walk a long distance in 80° weather. Frustrations mounting. @mridenhour

Commissioner Matthew Ridenhour who is a rather responsive social media sort of stand up guy replied in short order: Thanks, @MeckCounty. Also looping in @DenaDiorio, as she & I spoke about this on Fri.

Charlotte media has long lamented about budget cuts at Mecklenburg Park and Recreation.

I am discussing with @MeckParkRec on Monday. Thanks for letting me know.


Cedar's Take: Crickets from Mecklenburg County Park and Rec office, which is no surprise since they don't come to work on Monday until well past noon. Stressful weekends you know?

But you would think, Myers Park residents pay outrageous property taxes, work hard to keep their homes and yards in top shape, and they aren't a crime burden on the city or county.

The taxpayers around Freedom Park aren't the socially needy types, and they really ask for very little in return.

So how about some respect from Park Rangers and maybe Park and Recreation can hire some common sense staffers and by doing so make youth sports and spring in Charlotte the joy it should be, maybe?
Posted by Chip Starr at 9:58 AM

I cant TAKE working for the city anymore! A cop told me about ACN, and I am going to start my own business with those guys!

Hmmmm, you might want to do your homework on ACN. Those guys are scumbags, too.

Mecklenburg County Gov needs to be scraped and someone on the BOCC needs to finish the city county merger started years ago. Cut the fat out of the system and save the tax payers millions.

Glad my kid is in college, the Freedom Park madness seems avoidable number of players times 1.1 cars each divided by .75 who might car pool and maybe siblings times 2. Don't have more teams playing at the same time and allow for overlapping times.

Yeap I see why they are idiots.

Is the CMPD Lieutenant's process hard?

Not Really hard. Cpt. Airheadington is going to help me with the Captain's exam.