Danielle Alexandra Holmes was 17 when on Sunday August 22, 2010 she stabbed to death a Mexican drug dealer in broad daylight off Charlotte's Central Avenue. 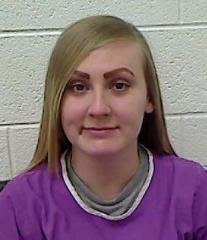 Photo North Carolina Department of Corrections
Today the 28 year old blond looks decidedly heavier than her mugshot from the Cabarrus country sheriff's website back in 2011. 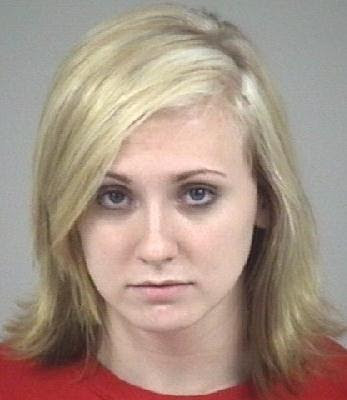 Cabarrus County Sheriff Department
Her sentence on 2nd degree murder was a minimum of 13 years 1 month with a projected release date of April 2024, less than three years away.
But Holmes did what many druggies do while out on bail, they just keep doing what they were doing before.

On September 1, 2011 after pleading guilty Holmes was sentenced to prison first on the murder charge  to a minimum of 13 years 1 month, then the robbery with a dangerous weapon 5 years 4 months, then the armed robbery charge 2 years 1  month.  Then the judge did what everyone except Holmes saw coming, he box car'd the sentences.
Each sentence would run consecutively, so that her total time behind bars would exceed 26 years without any mercy from the parole board it could be more than 35 years.
As of March 20, 2021 her projected release date is September 3, 2033.

At the age of 17 she killed a man and traded her soul and her youth for a heroin high.

Oh well.....
If she were only black she would have received a pretty hefty probationary sentence.

What a total waste of talent.


Here we go. I guess you'll need to get your own insurance to be a cop. Bonded? You do not want to get sued folks, it sucks. Cedar did a story on this issue.

White? Black? Where's the get out of jail free option?

Prison eyebrows looking good for that there hotty.

Oh wow. She was punished for being out on Bill and robbing another drug dealer because that showed that she was not trying to do anything to better her condition and I don't care attitude about the justice system so you get with your hand calls for in life

Someone made the comment that she would have gotten a probationary sentence if she were black. That is bull. She was given a good sentence and would have been out in 2024 but she didn't learn her lesson and did the same thing again. And just because it was a drug dealer that died don't mean he wasn't human. His family loved him. Hopefully she never gets out. She will do it again. By the way, I'm a white man. So she deserves just like the black woman would have gotten. Murder don't choose which race shall die. The murderer decides it. Everyone deserves to live.