CONCORD, N.C. — Police have released photos from security cameras of the person they believe is responsible for a deadly shooting at the Concord Mills Mall Saturday night. The shooting happened just before 9 p.m. in the parking lot of Dave and Buster’s. 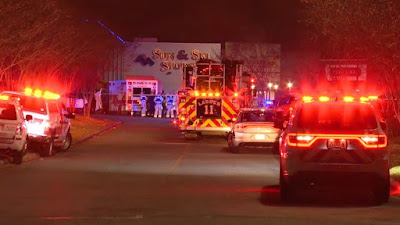 13 yr old girl was shot and killed in mall parking lot, while 15 & 16 yr old boys were shot & are lucky to be alive! It’s highly unlikely this ‘person of interest’ went to the mall alone or is otherwise anonymous! Someone knows who he is and we NEED the public’s help!-Chief Gacek

Police said 13-year-old Avenanna Propst was pronounced dead at the scene and two other male juvenile victims were taken to the hospital. Officials said the boys, who are under the age of 16, are expected to be OK.

Police said Avenanna and the two boys were in the wrong place at the wrong time.

Channel 9 spoke with Avenanna’s mother who said she was on her way to Concord Mills to pick up her three daughters Saturday when the shooting happened.

She said the girls were at the mall buying shoes with money they got for Christmas when they called her to say they were ready to go home.

The mother said she was parking her car when she got a frantic call from her older daughter saying that Avenanna had been shot in the parking lot. She said she ran to the area and found Avenanna on the ground.

CP Update: Dontae Laquavious Milton-Black was captured Wednesday morning at 7 a.m. by members of the Charlotte-Mecklenburg Police Department’s Violent Criminal Apprehension Team and Concord Police. Milton-Black, of Charlotte, is charged with first-degree murder in the death of Avenanna Propst and felony riot.

Additional charges are pending as the investigation in the shooting continues. 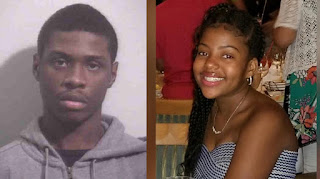 Concord Police also confirmed that the black male in the red and white Coca Cola logo sweatshirt/hoddie is no longer a suspect and was not the shooter Milton-Black. 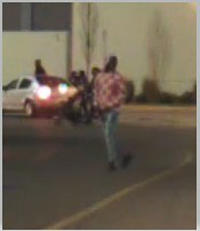 Unfortunately several media outlets continue to run the above photo along with the update story of Milton-Black's arrest.

The African American community has become a culture of violence embracing gun play and criminality as a way of life.

Concord Mills and North Lake are malls in the death grip of Thugs and Hood Rats. It is insane the crowds that roam the parking lots at night. No one is safe and it is just going to get worst until one or both meet an Eastland Mall death.
Posted by Cedar Posts at 7:07 PM

Ya hit the nail on the head.

Can't blame the death of malls on the 'Amazon' effect. It's gangs and guns.....largely black.....which is hurting business (not to mention 13-year old girls waiting to be picked up by their mother).

And it ain't only shootings. How many 'mob' scenes of larceny mobs cleaning out stores and starting fights do we have to see to know that there is a very fucked up problem in the black community? Which is bleeding all over everyone else?

Saw Vicki talking about this on the news today. Damn she look good!

Thought she “retired”. Wonder what she gonna do wit all dem gif cards?

Anyone see the mugshot of the suspect?? I was shocked and dismayed.

Bonus points for the name Laquavious.

How is this even remotely acceptable? Noogies are freaking animals. This could have been 100 times worse.

Bet the jughead wishes he would have waited till he was a Northlake. He’d be out on electronic monitoring by now.

Is Vicki gone? Ding Dong the witch is dead..

What’s the deal with the pledge fund?

Nigga the pledge fund is done. Stop bringing it up Ferrell.

I dun no if vicki is gone r what. she keep showin up in the halls of hq n shit n showin up n the newz. guess she didn’t got enuff o dem gif cards to leave yet. dem squirrels in dem pockets n stuff