One moment he was living the dream, hanging with Sean Combs, riding a multi million dollar yacht off the Florida Coast and a day later he's in cuffs and a guest of the Miami Dade Corrections and Rebilitation Center with little hope of getting out anytime soon. 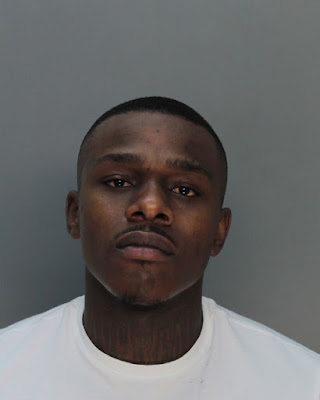 According to the Associated Press:

Grammy-nominated rapper DaBaby was arrested on a battery charge Thursday night in Miami after arguing with a music promoter over payment for a performance, Miami police said in an arrest warrant. 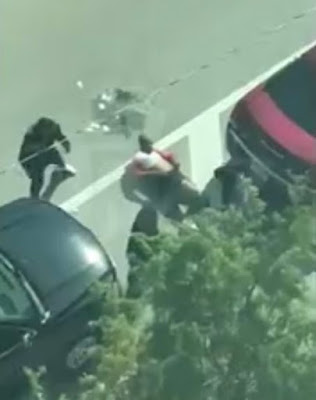 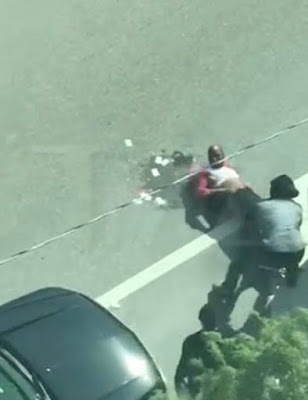 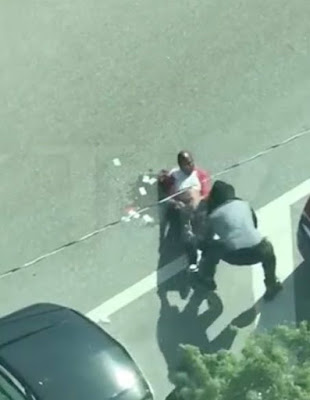 After police arrested the rapper, whose real name is Jonathan Kirk, they found a warrant for his arrest from Texas, also on a battery charge.

He was booked into the Miami-Dade jail just before midnight Thursday and was expected to make a first appearance in court on Friday. He will stay in custody until further notice, Miami-Dade Corrections spokesman Juan Diasgranados said in an email.

Kirk, who’s best known for his single “Suge,” was in South Florida for a New Year’s Eve performance at a Miami Beach nightclub. Thursday’s incident began at Novotel Miami Brickell, where Kirk was staying, the arrest report said.

Kirk, 28, approached the music promoter, who said he’d made an agreement with the rapper to perform at Cafe Iguana in nearby Pembroke Pines, the report said. The man told police he gave Kirk $30,000 but when the rapper counted it he claimed it was $10,000 short. When Kirk demanded the money, an argument broke out and Kirk punched a man who was with the music promoter.

The promoter told police he fled to his hotel room out of fear for his safety. The man who was punched told investigators that one of the men with Kirk took his cellphone, a bank card and $80 in cash.

Later in the evening, Kirk returned to the hotel and the two victims identified him to police, who arrested him. The arrest report said Kirk denied involvement in the incident. Last week, Kirk was handcuffed and cited in his hometown of Charlotte, North Carolina, on charges of marijuana possession and resisting an officer.

Police in that case said officers working outside the concert venue, Bojangles Arena, noticed a strong smell of marijuana coming from the (car) that brought Kirk there.

Officers say they approached the vehicle and could see marijuana in plain view through the windows by using their flashlights.

The police statement said that gave them probable cause to take further action.

Officers said they waited until after the concert and approached Kirk as he was exiting the venue around 11 p.m., but he walked away and refused to speak to them.

They eventually detained him in handcuffs and searched the vehicle.

Officers, who said they found less than a half-ounce (14 grams) of marijuana, took him to the sheriff’s department but decided ultimately to issue him citations and let him leave in lieu of making an arrest.

Kirk later told reporters he believes officers unlawfully searched his car while he was on stage.

“They follow me, they pull us over for no reason, they search our cars,” Kirk said.

The department said it has launched an internal affairs investigation to determine whether officers followed all department procedures. Before the concert, Kirk had handed out toys to underprivileged children in Charlotte.

CP's Take: You knew I'd have one, right?

Well Karma is a bitch.

Kirk is a violent repeat offender.

Talented but dumb as screen doors on submarines.

Tell you what, if you shoot and kill someone in a Walmart in 2018 and you get a free pass, then the cops in your home town cut you some serious slack and you avoid jail on a weed and resisting charge.

Then you head to Miami to hang with Sean Combs yet manage to get arrested for beating up and robbing the guy who gave you work, and stealing another man's iPhone and your take is just $80 bucks? That's stupid that can't be fixed.

Apparently CMPD did Da Cry Baby a favor and didn't run his name through NCIC or just looked the other way.

Yet mouthing off about how he had it all on high quality video, yammering on and on about racist CMPD probably didn't help with Miami Police either.

Kirk is talented but what a waste. I’m going to give some props to DaBaby anyway:

Got to respect anyone who can put words to a cadence and rhyme.

Not everyone can get up on stage and get a crowd moving.

Giving back to the community is as original as Robin Hood an honorable as Jesus.

Promotion is an art in and of itself.

So why Fuck it up?

Ya cant hate on a man for assaulting a another man over money owed to him. If someone at CMPD owed me money, I'd break his jaw like the Jets QB. Money and da hands talk.

The only wrong was not running a warrant check on him, (sounds like preferential treatment) otherwise there shouldn't be an IA investigation. CMPD only doing that to appease da cry baby.

Kudos to the Miami PD no preferential treatment on their part,lock his dumb ass up!

Miami PD just punked us out. No IA investigation, no BS..... that’s a real police department

No our case was a bunch of BS waste of time/resources. What did you think he had in that car 10 pounds? Miami and Texas have the real cases on him.

I agree with 8:15pm. These are different cases. The weed case is a joke and a waste of time when you got robberies every damn day.

Agreed. Totally different circumstances but here he would have received a get out of jail free because I'm black card regardless of the offense. Only in the great State of Mecklenburg do you get a free pass if your skin is dark. When you look at the current leadership the reason is clear. I'm betting his ass doesn't get ankle jewelry in Texas!

Kirk is a Thug with no education and outside of rap and hip hop has no life. 5 feet 8 inches tall basketball ain't in his future so being just a Thug is his life. Expect he gets what is coming to him in short order. If he's not gunned down in the next 12 months I'd be surprised.

I hear ya 9:24 this is what every black kid in Charlotte aspires to be. This pipe dreams are all the hope they have. None want a "real job" that comes with education, direction and staying out of jail. They are being tricked to believing that their criminal record and drug use doesn't or shouldn't matter by the libtards that they have elected.

Yall for fucking racists. Let these kids live their lives and smoke weed.

The real concerns should be why did CMPD not run his name through NCIC? As well as why did Spencer Merryweather fail to prosecute his sorry black ass for murder? Plus, why hasn't his probation been revoked? With all this cash flying around why hasn't Andrew Murray stepped up his game? Where is the IRS CID special agent in all of this? Why and how was he allowed to slip out of DFW without being arrested? Looks like heads should roll everywhere.

And he's not too bright since he just told the world he stays in mid prices hotels carrying crazy 1/4 million dollars in cash in his suit cases. I'd say he just signed is own death warrant.

What a freakin dumbass!

From about 15 feet right dead center forehead. I'd enjoy that.

Yea anytime you have dealings with a subject and decide to issue citations instead of arresting a check for warrants should always happen before releasing them. Bottom line ball was dropped.

You guys know the report said Deputy Chief Estes literally gave a direct order to unarrest him at the jail right?

That cause Estes got no testees! Grow a pair then put on yo white shirt and supervise

4:31 If that's fact then there are a few Texans who would like a private conversation with DC Estes. Off the record of course.

Estes has always been spineless. Had no balls as a patrol officer either. You cant expect much more from him now just because he wears a white shirt with an eagle on his collar. He just isn't a Cop....

Estes helped me out one time. Hes a decent guy. You can talk that shit about some of these other clowns that never did shit on Patrol.

9:24. Well I’m happy for you that testees helped you out that one time. I guess you are a friend of his or perhaps on the correct side when it comes to the politics at CMPD... I’m willing to bet there is a list a mile long of good officers that testees screwed over.

Estes is a spineless pussy. I worked with him in patrol. He is as worthless as a screen door on a submarine. Nothing has changed except that now he is a DC. His spine didn't grow back with the position though....

The picture shows Da Baby on his back. ?

Big mouth was getting his ass kicked.

Nah fer real tho, we getting our pledge fund money back or what?