When it comes to killing people, Charlotte is in a class of its own. Middle of the day 100s of witnesses no problem Uptown, Beattie's Ford or Plaza Midwood nowhere are you safe at anytime of the day. 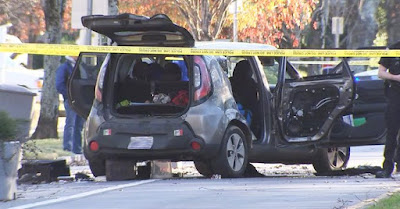 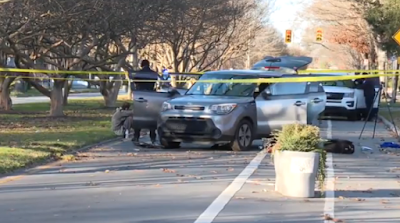 The investigation by CMPD Homicide and Major Crash detectives determined 32-year-old Jason Mosley was driving a vehicle and intentionally struck a 26-year-old pedestrian, Kendra Bagwell, who died from her injuries caused by the crash. Mosley has been charged with murder. 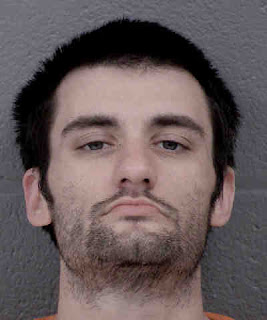 Jason Mosley
When officers arrived at the scene they found two people who had been hit by a 2015 Kia Soul. MEDIC took both victims to the hospital with serious injuries. One of the victims, Kendra Bagwell, died shortly after arriving at the hospital. The second person remains in critical condition, according to CMPD.
In addition to the murder charge, Mosley has also been charged with murder, assault with a deadly weapon inflicting serious injuries and driving while impaired.
Cedar's Take:
Mosley is a career violent felon who has an extensive arrest record. In 2017, he was arrested after police said he and another suspect shoved a woman to the ground at the Arboretum, stole her car keys and then led them on a chase to South Carolina.
The system is broken, Mosley should have been permanently incarcerated but liberal judges and lax prosecutors continue their failure to protect us. He was released from prison in February of last year having served 25 months for the Arboretum robbery, and released from parole after just ten months, in November of last year.
Posted by Cedar Posts at 8:52 AM

And yet, folks are still surprised and dont understand why these people roam the streets. Since CLTCC is so busy renaming streets they should change the Welcome to Charlotte signs to Welcome to Hell.

The mofo even looks batshit cray cray why did they even let him out?

Stand him out there and let someone run over him!

If they would have hurried up and changed that street name this wouldn't have happened!

Where were the "Violence Interrupters" and social workers?

Did city council give themselves a raise this year?

Speaking of going down, any news on the pledge fund?

I think the city council members deserve a raise 'cauz they work so hard!

You guy's just need to realize that he is a victim too! The broken system has failed him and that's why this happened!

Speaking of going down. Is Amy still around? Haven't seen her in a while.

Cmpd intel is a joke, they just put out emails like one today that repeats what is already in the news. What intel is that? Re-typing news already broadcasted to the public about DC protests?

Did the second victim from the Plaza die?

I think some officers jobs consist of just sending fruitless emails out to everyone!

I bet that white shot on Capital grounds was shot by a black DC Officer. Where is BLM on this one. An unarmed white woman.

Wonder how many people realize that of more than 2 dozen people shot last year who survived six of them are either brain dead or completely paralyzed?

Of the ones who have been discharged from the hospital at least ten are enduring daily rehab having to learn to walk or talk again, others have physical disabilities they will never recover from many will never walk again.

And Vi Lyles is still silent.

He will be out in 10 years. This will get a plea deal since it is possibly difficult to establish intent with a vehicular homicide. The whole justice system is broke. I have no idea what race the victim was, it doesn't matter. It is broken in that those of us who follow the law, have to live in a society that doesn't take the trash, like this waste of DNA, out effectively.

His defense will be that he was drunk.

Killing an unarmed woman on Capitol grounds for trespassing will not cut it. The fact she is white will keep that officer from going to jail. Excessive use of force that causes a person to die. And the Officer shot through a door, she wasnt even near the Officer. And liberals wonder why a lot of people are buying guns and ammo. The reason for the 2nd Amendment is proving why it was formed. Come on Cedar do an article on this victim please, a 13 year Air Force veteran at that.

Why was she there breaking the law in the first place? Someone who served that long in the military should know how to act and conduct themselves accordingly!...It sure wasn't peaceful! Protesters pushing their way into local and state buildings is one thing, it still shouldn't happen, but barging into the United States Capitol is a whole other ball game!

Better yet...BLM idiots in DC protesting outside the White House set fire to the church across the street!...????

Kamala is there to save the day!

Trumpers are literally the worst. Hilary was correct...they are a bunch of deplorables after all !

Yep. She let how many people get killed in Benghazi?

Word on the street is there is a heroin dealer working out of a house within spitting distance of where the killing took place and "the system" won't do anything about it --- and, the perp and his girlfriend (the girl he killed) were there to buy and use.

What are Vi and Braxton gonna do about it?