Chances are you saw the shocking April 7, 2021 video of Demont Forte smashing a woman's face with a closed fist so hard it knocked her out of her shoes. 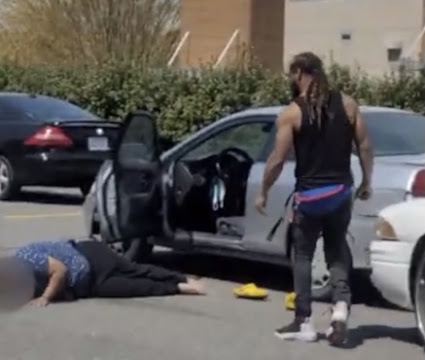 Forte was filmed following the woman and then violently assaulting her in a gas station parking lot on Beatties Ford Road just off the interstate, an apparent road rage incident. Forte was arrested that same day around 8:52 pm and despite his lengthy criminal record and already being out on bond for a dozen other crimes he was released the next morning at 10:16 am.

But on Monday afternoon May 24th, Forte will be in court regarding charges unrelated to the April 7, 2021 attack. 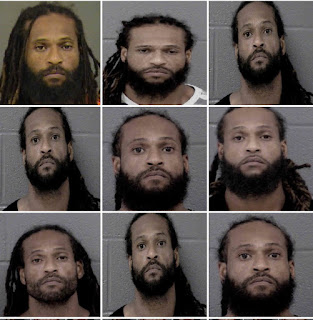 The Mecklenburg County DA's habitual Felon Team has filed a motion to revoke Forte's bail and hold him until trial. Well known Mecklenburg County Public Defender Norman Butler will likely argue that Forte is not a flight risk or a risk to the public.
Forte is no stranger to the police the above cases stem from 2019 and 2020.
Back in 2017, Forte was arrested following a SWAT standoff. At the time, he was wanted on outstanding warrants for felony breaking and entering, assault and communicating threats. He refused to come out of his house and SWAT had to force their way inside, eventually taking him into custody. Those Charges were later dismissed.Prior to that incident, Forte had already visited the Mecklenburg County Jail — more than 40 times. His charges included numerous violent and drug-related offenses. According to CMPD, he was also arrested for murder in April 1992 the charge was reduced to Manslaughter and he was sentenced to probation.

Someone correct me if I'm wrong, but aren't the normal conditions of bail that you NOT Commit any other crimes? This massive POS has been arrested at least 3 times since the 2019 arrest. WTF?

How can you be responsible for a SWAT standoff, and then be released for your many further crimes? And how does whatever he was charged with for the SWAT standoff get dismissed?
You all need a whole new DA crew up there.

And just think one of your family members are probably at South Park food court with him right now. He standing in line right behind them.

5:25- South Park food court LOL that was hilarious! He probably is around all of y’all in the Southpark even has had time to stop at the Louis store.

No he’s midnight Dan. The scary thing is he’s CIT and a “coordinator” in my division someone that can be baited that easy

Dan come on it’s ok for U to respond. Michaelec doesn’t have the balls to do so and answer for what’s what

Cedar just FYI "Customers" like Forte get away with this shit all the time. We can only hope that calling out the DA and the Judiciary like you have done here will hold their feet to the fire. This mofo like 100 more that I know need your "permanent incarceration" plan.

Officer Redford was spoken to by the FOP and his actions were administratively handled.

Tyler Terry is too smart for the police. Going on 5 days now they should hire him after this said I’m done in the Fugitive department.

Next time on the Tyler Terry Sega…

Tyler Terry is a dumb ass coon from who all people of color are judged. The sooner this thug is taken out the better.