Rough Weekend To Be A Woman In Charloot

Its been a rough weekend to be a woman in Charloot, in total police responded to 17 domestic violence calls, including two homicides.
According to CMPD a woman identified as 21-year-old Sherlyn Drew was shot and killed in north Charlotte early Monday morning. The shooting happened around 12:30 a.m. on Twin Brook Drive near Gibbon Road. Police say they responded to an assault with a deadly weapon call and found the woman with a gunshot wound. Medic pronounced her dead at scene.
Homicide Investigation in the North Division
CMPD says they’re investigating the case as a homicide.
Earlier during the weekend two people were arrested following the death of a woman in east Charlotte Saturday afternoon.
Police responded to a welfare check on Biscayne Drive and found 29-year-old Ashly Marie Marquez dead. After gathering evidence, police identified 30-year-old June Kennard Brantley and 31-year-old Troy Ricardo Privette Jr. as the suspects. 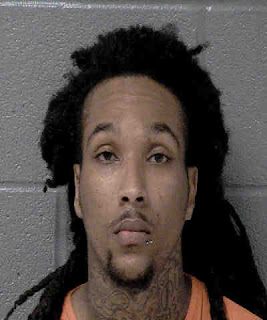 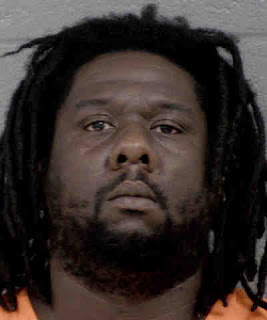 Say her name! Say her name!! Wait, what’s that? We only chant that when police kill someone? Oh ok. Nevermind.

That boy Troy topped the scales at 300 pounds what a feaking gorilla. Time to put that mofo in a cage and on display.

Cedar I love your blog and your awareness around Charlotte but you a wrong my friend about reparations. Reparations was given to every race ( Jews/Japanese) for there illegal incarceration but African American. African American also had to endure Jim Crow era which a lot of you WHITES forgot about. Everything is not systematic supremacy but there is a lot of racism when it comes to hiring and employment why do you still there there is “ the first African American this and that” because we were not giving the same opportunities as your privileged white brothers and sisters!

Pworld the only thing Black people deserve is a bill for being a pain in the ass. Crime costs us all but it is solidly on Blacks. Our courts are jammed with thugs and hood rats who think that crime is ok like working secondary just normal. Oh hell Willie is a BofA manager but makes his real money robbing Mexicans and he likes to shoot up houses on the weekends. WFT you people think this shit is ok? I don't rent to your people because they are always gaming the system. Every time I thought this one would be different I was burned. So call me racist but you and your people have brought this on yourselves. Thieving, Drug Dealing, Gaming the System, having babies with a dozen baby mommas is a status symbol?

I think Pworld is missing the whole point about today's reparation fight. Progressives need to create a tribal world, where it is 'us vs them'. It is what Marxism is based on. Get the labor blaming the capital, then revolt. The greater issue is not us vs them, it is the weak, horrible leaders we have in power, and their quest to continue in power infinitum. If there was a magic wand, and all of history could be reversed, and every injustice righted, the script would just be in reverse now. Do not fall into the trap that someone else having a great life means that your life cannot be great as well. Life is not a zero sum game. Today's fight would have been oh so much more relevant in 1950 or 1960, but after 2-3 generations of affirmative action, it really is an argument that has no legs to stand on.

Think about it, the two most prominent AfAm politicians of recent note, Obama and Kamala, are just as descendent from American slaves as Trump or Biden. Slavery and Jim Crow have no more to do with today's socioeconomic conditions than anti-Irish or Italian hatred. Remember, that first gen Klan was as anti-Catholic as it was anti-black. And they were 100% democrat. But they were a means to create the boogeyman, which drove the us vs them, and kept the Dems in power for decades.

Look at the ones stilling wearing masks with big bug eyes. When they see someone without a mask they think they are the devil. Fear equals control. Tell people there is a slow down in the pipeline and what happens? 8:26 you are right. Not one Republican owned a slave during the Civil war. Probably another reason they want to control what is taught in schools now. Fear is control. Don't worry unemployment will run out and lets see what happens.

Let me try a kinder approach, another hand out is going to do what for the Black Community? 60 years of hand outs have created a society totally dependent on government. As a successful man of color I learned if I was going to do better than my friends I had to get my house in order.

My father was a good man, the ARMY was his life. He asked for nothing in return he gave everything but he took nothing, never once took a penny.

I was ten years old and found a wallet with five hundred dollars inside. That was more money than I've ever seen. My sister told on me. My dad was not happy and I'm sure I was about to get a beating when he came into my room.

He took the wallet looked inside then handed it back to me.

So what do you want to do? He asked.

I looked in the wallet and all that money then pulled out the man's drivers license and handed to my dad.

He smiled and asked you gonna walk there or you want to go in the truck?

We went in the truck.

The rest of the story is meaningless.

You see my house was in order, I just needed my dad to tell me so.

Kids need a dad like mine today but he's not here neither apparently are theirs'.

Until the Black community gets their collective shit together its only going to get worse.

Hand outs and reparations only continue the myth of white superiority and racism.

As I've heard my father stay get your own house in order.

Dababy reppin Chaloot proud, involved in another shooting incident in Miami this week. So when you get probation for shooting someone here, that probably teaches you, that yes, you are above the law.

How long before he ends up with the gold casket treatment in his proud hometown?

He's a dumb@ss just like that flaka waka idiot!

Rappers involved in a shooting?
That's very unusual. Not their character at all.....

Allow me to change the subject if you all don’t mind.. if this COVID vaccine was so great why is Gov Cooper wanting to offer incentives if you get one? As I see it the vaccine protects the person who gets it, right? If they don’t and they get sick that’s on them. I’m suspicious of this vaccine because they’re trying to basically bribe people into taking it.

As I see it the vaccine protects the person who gets it, right?
wrong.

It helps alleviate symptoms should you get infected with covid.
You can still contract and pass on the virus.

It works the same way a flu shot would. You can still get the flu, even after a flu shot, whether you got the flu from the shot or another person.