A Couple of "Clowns" Break-In to Thomas Davis' Garage

If you live in South Charlotte you are used to seeing Thomas Davis running down Rea Road in his very noticeable lime green McLaren. Apparently that may be no more. 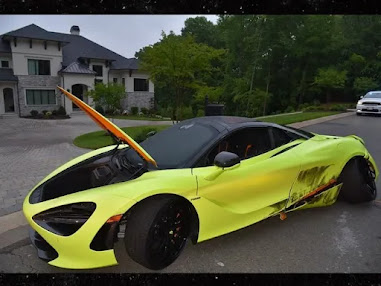 The former Carolina Panthers star Davis posted videos and photos on Instagram of two men who broke into his home and wrecked one of his prized collector cars.

“If any of you recognize either one of these idiots that decided it was good idea to come into my home and go through all of my cars and even steal and wreck my McLaren." 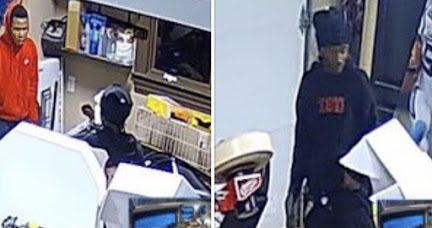 “I’m offering a cash reward for anyone that can help identify who these guys are!” the retired NFL star posted to his 229,000 followers on  Insta Gram Tuesday morning.

The thieves wrecked the McLaren 720S at about 5:30 a.m., less than a mile from the home of Davis and his wife, Kelly, in the gated Stratford on Providence neighborhood in Weddington, Union County Sheriff Eddie Cathey said in a news release.

Deputies recovered the car at the scene. The car might have crashed into a “getaway vehicle” in which the suspects fled, the sheriff said.

Neither Davis nor the sheriff’s office gave the year of the McLaren 720S. A used 2020 version sells for up to $297,000, according to Edmunds.com, the online car pricing and review site.

A neighbor called the Davises about their wrecked car, Cathey said.

The thieves rummaged through several unlocked cars in the Davis family’s driveway and may have stolen two firearms from one of the unlocked cars, according to the sheriff. The firearms haven’t been found, he said.

“The investigation remains active and detectives are continuing to search for video surveillance footage,” Cathey said.
Cedar's Take:
Obviously they no longer teach Criminology 101 at CMS because that would be racist. But maybe they should teach criminality instead, you know, how to be a crook?.
The first lecture:
1. Don't try to steal from a really well known famous person in a town not know for really well known famous people.
2. Don't steal a Lambo or a Ferrari opt for the less obvious attention grabbing Audi A6.
3. Whatever you do don't crash into your get-away car.
These two geniuses should star in a comedy spin-off of Fast and Furious. Call it Slow and Stupidest. Two black homies hired to steal a McLaren from unknown to them an angry killer Colombian drug boss who is under surveillance by the feds.
But it turns out the Feds are also the ones who hired these two clowns after they bragged about how they have pulled off sensational heists around the world.
The Feds need the 1/4 million dollar car to prove a connection to a series of homicides .
and so on.
And Then There's This....
Police in Gwinnett County are looking for the man who walked into a Stone Mountain car dealership late last month, took this car for a test drive and never came back.
Oddly enough this same car or at least one just like it  has been seen around South Charlotte just recently. Seems the local Crown Vic is being driven by an employee of a tree service or landscape company. 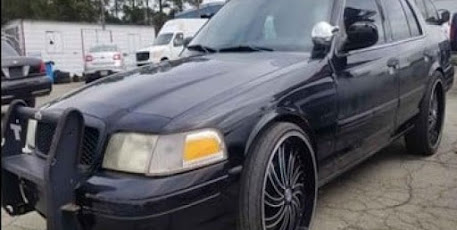 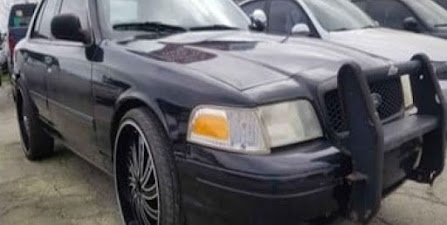 I saw the video - Hey Davis you got too much stuff man! Your garage looks like mine! Except the cars of course. But too much clutter lighten the load Bro!

It’s YOU we owe…The sacrifice in blood that has been laid out in this nation on your behalf, there is a bill at your feet for it. It’s time you got up off your tail and went and go pay for it.”

Oh, this type of stuff used to happen all the time in the summer back home in Cherry Hills. It's just kids out joy riding, but I doubt they would have taken Reggie White's fancy car. Fly, Eagles fly!

It will settle down once the summer is over. I'm telling you from experience, if these kids had more programs like basketball of the PAL sports, they would not have to find distractions like this or the mall purse runs. This is no bog deal. Next thing, someone will be whining about some kids smoking on the corner, or riding the light rail by jumping the turnstiles.

He's got the money to absorb the loss if any. I want to know about my pledge fund money!

So, all we need is midnight basketball and all the crime will go away?

You must be kidding, and if not your imbecilic liberalism is sickening.

Is it a stereotype if it’s happening ALL THE TIME. Isnt it just REALITY then?

No, this isn't sarcasm. You tell me where the nearest Boys Club is to The Waxhaws? It is merely boys being boys. Look, in '56 I egged Sonny Jurgensen's Chevy after he fumbled against the Giants. The police would never have caught us, but Father Laughlin sure made certain we never made that mistake again.

These boys just need a place to go, and we all need to pay a bit more in our property taxes to make it happen. I can't believe we don't have township taxes down here like back home. I never felt bad writing that check, knowing I was paying for things in my neighborhood, and all the retired workers we supported.

Plus, looking at this picture, I bet that plastic can be buffed out or bondo'd and repainted at Earl Scheib for $199. They did great work on the underbodies of my cars for years after the rough winters in Jersey.

Please go BACK to New Jersey and take the rest of your Leftist friends with you!

I read this morning that the fellas are 15 and 17. I told you, just a couple of kids out having a joy ride. If they had a stickball league, they wouldn't be looking to drive these hot rod cars.

Listen buddy, I am going to go cool down with a few laps at the mall. North Carolina isn't in the confederacy any longer, it's time you realize to have nice things, you have to pay for them. I see no reason why they can't build a 24 hour gym, open to all, in Weddington. It looks like there is plenty of land out there. Heck, Cam Newton can sponsor it. If you get 60 minutes of exercise every day, you don't have time to get into shenanigans like this. Let those kids go home to their dad, and let him punish them. A few weeks of doing the dishes every night, and they will learn their lesson about teasing NFL stars. It worked with me. I had to pull KP for 3 months in the the mess, and we had 71 boys eating there at times. That's a lot of cabbage to clean up.

7:15, 8:15, The nearest boys club is at 5924 Weddington-Monroe Rd Suite B1 , Wesley Chapel, NC 28104. Its called the YMCA. And before you say they cant afford it or some other nonsense, its income based and they also do lots of free memberships. They have lots of activities and programs. This has got to be Winston. NEXT.

I think they should be beat within an inch of their life with a baseball bat! Once or twice with an old school punishment and it's guaranteed not to happen again! Remember that they are "customers", no matter what their age.

Read the book. The Soprano State.
Those township taxes were graft and corruption. They don't go to programs.
Let's see
Newark
Jersey City
Trenton
Camden used to be USA most dangerous city.


I am NJ/NY born and raised. Glad to have fled 20 years ago. Crime here is still way better and lower taxes more freedom.

"Go back to Jersey ya bum"