Reports of out of control classrooms, armed robberies, guns, violence and sexual assaults in Charlotte Mecklenburg Schools have been common since well before the COVID pandemic.
Parents and those who read the posts on "Next Door" are surprised the crime surge in CMS schools has finally made it to main stream media. 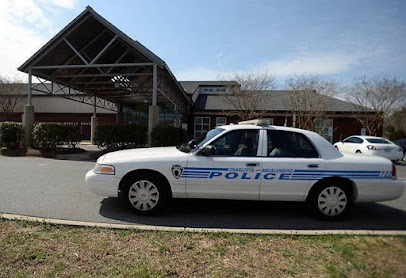 Reports of violent school crimes, are suddenly being broadcast across not only social media but now print and television news which is leading to mounting pressure from concerned parents,
So how does CMS superintendent Earnest Winston respond? He creates a "task force" then he attacks the media and "noisy" parents by pointing fingers in opposite directions and blaming everyone one but the school system.
A Note from Superintendent Winston
To the CMS community,
As a parent, I understand the concerns many families are sharing about news coverage of incidents of misconduct. It is difficult for me to not give in to the parental instinct of providing information to help others gain a better understanding of situations, which many times prove more complex than news reports might lead one to conclude.
As the leader of the district, I am bound by law to not disclose confidential information about such matters as individual student discipline or ongoing police investigations.
We take all allegations of misconduct very seriously, and our staff is trained to follow proper procedures in reporting. District leaders review assertions of Title IX reporting problems and will take appropriate action in the event any review reveals action is necessary.
Earlier this year, I requested the creation of a Title IX task force. That task force has been working together to discuss recommended improvements in how our district handles allegations of misconduct. In a few weeks, I will receive a report from the task force. I will review the report for recommendations to make our schools safer.

But violent Crime at CMS is nothing new, here's just a sample:
At approximately 1:45 p.m, on Thursday, August 26, 2021, officers were alerted that a student had been robbed by another student at Mallard Creek High School. Shortly after the incident, a CMS staff member located the juvenile suspect. As a part of the continued investigation, officers located a knife, stolen firearm, and marijuana in his immediate possession. The juvenile was charged with Common Law Robbery, Possession of Controlled Substance, Possession of Stolen Firearm, Possession of Concealed Weapon, and two other felony weapons charges. For additional information about this case, please refer to the report: 20210826-1345-02.
Shortly after 1:45 p.m., on Thursday, August 26, 2021, a school resource officer for West Mecklenburg High School received an anonymous tip about a student who was in possession of a firearm. With the assistance of school administration, the suspected student was located, and a search of his property was performed by CMS staff. After the search, a BB gun that modeled a Glock 9 was found in the immediate possession of the student. The juvenile student was charged with Possession of a Weapon at School. For additional information about this case, please refer to the report: 20210826-1351-00.
On August 27, 2021, at approximately 8:24 a.m., officers responded to an armed person call for service at West Charlotte High School. Upon arrival, officers located accessories from a firearm in plain view inside a vehicle that was parked in the student parking lot. As the investigation continued, officers located three firearms inside the vehicle. The owner of the vehicle was identified as a student and arrested. The juvenile was charged with Possession of Weapon at School, Possession of Stolen Goods, Possession of a Handgun by a Minor, Possession of Drug Paraphernalia, and Possession of Marijuana. For additional information about this case, please refer to the report: 20210827-0821-03.
There has also been a series of altercations at Harding High School. These altercations have involved two groups of students, but no weapons or serious injuries have been involved. Two juvenile students have been charged as juveniles and several others involved suspended from the school. Following these events, CMS Police and Freedom Division have provided extra support to ensure the safety of all students and faculty.
Just two days, five arrests. Crime is common as common at CMS as fake meat in the school cafeteria. It has just become more violent and brazen. There is a huge amount of "you can't do nuttin" perception from a large contingent of the student population. This is the end result of bail reform, protections given juveniles and Mecklenburg County's District Attorney unwillingness to fully prosecute juvenile offenders. Mecklenburg Courts are equally unwilling to punish juvenile offenders.
However, as in Louden County Virginia the day of reckoning for the CMS school board members is coming.
Posted by Cedar Posts at 8:33 AM

Can we please get these kids a chicken sandwich?

We at The Dijulius Group can help these kids! I am going to propose to CMS that we put on a mandatory educational class with all students in middle and high school. It's clear that these kids are not being taught the core values of customer service! We believe that with our program and critical race theory we can shape these kids for at least 24 hours. We can not guarantee this will solve any issues or stop violent crimes but it will pad our pockets! Here at The Dijulius Group, WE LOVE OUR FUTURE CUSTOMERS!

Come to our seminar this weekend in Cleveland Ohio November 8th and 9th! For more information please visit:

You just can't make this stuff up. These thugs think rape is ok, stolen guns no problem. murder is not a big deal, stealing doesn't everyone do that?

Until they start rotting in jail and we realize that's ok this will be normal.

I grew up when the thought of going to Jackson Training School was the ultimate in horror and fear. At the time the slightest infraction could find you at Jackson.

Today it's a joke.

This is a direct result of not having enough after school programs and counselors for the at-risk youth. Your taxes don't go far enough to provide for their needs. Pay up, and these problems go away. I hate to point it out, but NC is still ranked from 45 down in state school rankings. If you want world-class schools like in the Northeast, you're going to have to pay for them. Those basic resources allow for the teachers to tech in a safe environment where everyone's needs are met.

I hope Meck County has the courage to push for a big increase to CMS budget, and a long-term bond program to rebuild the city's schools. Equity can be had, but it has a cost.

THe JeRsey gUy has no iDea how many peOple thiNk that hiS state is a garBage duMp. EverYone is fleeiNg the state foR other pLaces.

Hey, you telling me Jersey is a dump is real rich buddy. I'll put ergen County up against any place in America. My grands wanted a big breakfast buffet last month, and the Golden Corral down on Southern Blvd is closed, so we had to go to one on North Tryon. Boy, it may be shiny and new with a nice choo choo train running down the middle of the road, but that's some edge calling Jersey a dump.

I am still curious on these schools down here, why the renaming. I get renaming the offensive ones, but why do you guys not name them for presidents like the rest of the nation. Not one single JFK High School in North Carolina. My kiddos are now going to Chambers High, which sounds like some after effect the symphony players get after a concert. It would be so much more patriotic to go to Roosevelt or Wilson High. Again, lots to be learned from back home.

Golden Corral? Big buffet breakfast during a pandemic??? Too dumb and funny to discuss.

Can someone articulate this to me?

Brad Koch hangs out at the Ballyntyne country club in his spare time. He then gets his ass whipped as a cop by a white 17 year old boy.

Does this type of stuff happen with cops in New Jersey? Should Capt. Koch focus on his BJJ skills instead of country club skills?

Koch is an idiot!