A Christmas Letter From Mississippi (Redux) 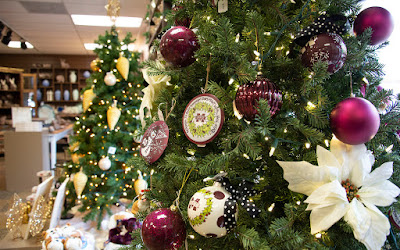 Another year has come on gone, and what a year is has been, certainly not without challenges but still we are blessed.
As I told you last year at this time I had to have both hips replaced. So in January I got through that. My goodness that wasn’t easy but I managed with Jim and the Lord’s help to pull through.
Jim had knee replacement surgery in April before the COVID hit down here. He was up and around in no time. He’s such a stud.
That was until he went to the dentist, seems he has a bad tooth that needed some work, he’s so cheap he told the dentist he didn’t need Novocain because he was on a budget, says he’ll not make that mistake again.
Pat and Tim are doing great, rain made the planting days drag on for a month but he managed to do ok. Used some of the extra money to buy the Anderson property they’d been wanting for about ten years. He’ll have it in the crop rotation by next fall.
Winter rye is in doing well thanks in part to God’s Grace and Mother Nature plus some late fall hurricanes in case y'all missed the news.
Grand-daughter Kaylee has a job at the Ole Miss Chick Fil A on Campus. Now this is a problem because she really likes working at Chick-Fil-A, says it is more fun that going to classes for her nursing degree. I wished she’d gone to State instead.
Junior has a way with cars and trucks, he’s always finding some old broken truck and fixing it up selling it and making a pretty good profit on it. He found a 1974 Ford F-100 bought it for $500 and sold it for $5,000 says he put about $2,500 in it and about 30 hours of work.
Nana hasn’t driven in years, given she’s blind in her left eye. But Junior though it would be ok if she had a safe car to drive to Sunday meetings and such, so he found a nice Toyota, low mileage and bright yellow in color so you can see her coming.
Now the DMV was a little hesitant but Pat knows some folks and with the promise of daytime driving only they passed her. So she now has a state of Mississippi driver’s license. If you see her coming you might best pull over, Lord help us all.
Katherine took a job at Walmart in Grenada they must like her cause they said she could go fulltime after the holidays if she likes. This is all great news, her first real job outside of homemaker, after all she’s 35 and the kids are all grown.
Justin works for the State of Mississippi and Katy is working at a pre-school.
Bill and Arleen are doing well, Bill junior is at boot camp in South Carolina Fort Jackson I believe. He’ll graduate soon, smart boy, good looking and more girlfriends and he can name.
The COVID virus tossed a wet blanket on our fall family reunion. Folks from Memphis didn’t feel safe in traveling, so family from Jasper and Atlanta came.
No one got sick, we all stayed outside and had a great time. All in all we had about half of the number from last year.
Hard to believe it has been a year since Bert’s passing. We are still cleaning out the house. We miss his jokes, well most of them.
All said, things are good here in Gore Springs.
We wish you and yours the best for the coming year. With God’s Grace and never ending Love we will carry on.
Christmas blessings to you and May Christ’s light bring you joy throughout the year.
Love Y'all
Roxy
Cedar's Note: It doesn't get more real than family Christmas Letters. The names have been changed to protect the innocent and the guilty.
Posted by Cedar Posts at 1:00 AM