Just figures that of all the political officials in Charlotte that CMPD Officer J Appiah would light-up for speeding, it would be Braxton Winston. 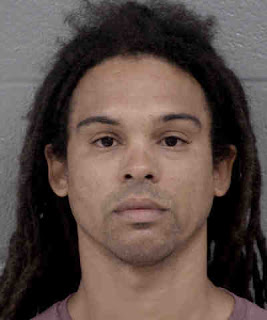 Council member Winston won't have to appear in court until August 30, 2022 to answer for citation J536028, but you can imagine there will be plenty of behind the scenes effort on his behalf before hand.

Under North Carolina General Statute 20-141(j1), “a person who drives a vehicle on a highway at a speed that is either more than 15 miles per hour more than the speed limit established by law for the highway where the offense occurred or over 80 miles per hour is guilty of a class 3 misdemeanor.”

CP was unable to determine the extent of the violation which was discovered while researching another issue.

Props to Officer Appiah for issuing the citation and keeping our streets safe.

Cedar they didn't arrest him just gave him a ticket.

Hearing MCSO has another DVO to serve on the guy. Stupid wife beater!

Talk about a chikin' nuggit!

So who in Command Staff got Braxton’s WFA for assault on a female changed to a criminal summons? You are a coward and a disgrace to the badge.

Ex wife? That situation is always lose lose. Winston has set himself up for a huge fail. Don't marry a black girl load her up with 3 kids and take up with a white girl. The ex wife ain't never gonna let you sleep. And black bitches gonna turn on you like you have never seen.

I checked it out and sure enough lazy MCSO deputies can't seem to locate Mr. Winston. Here's a hint try the Government center tomorrow around 6. Preferable if you try in Council Chambers will the video feed is live, no that anyone is watching.

The whole case will get tossed out along with the speeding ticket by the DA's office before it even makes it to court! By the way, with all of this anti-racists cancel culture going on, has anyone even realized that "Braxton" is the name of a Confederate General? Braxton Bragg. POS needs to change his name or he'll be going against his own beliefs!

The sad thing is Hugh McColl the driving force behind Charlotte's growth and status backed this racist thug's election campaign twice. I wonder what democrat McColl thinks of his boi now? Doubt he's so excited about thug council members now.

Braxton Winston he's such a joke it takes away from the other clowns on Charlotte City Council.

Change the name or be a racist!

Hugh is Charloot's little man version of Soros. He's likely gnashing on oatmeal and soiling Depends now, but his legacy lives on. Instead of multiple banks, we have huge zombies. All living and dying by the Fed's wish and want. And we have a completley Democrat run city.

Congrats Hugh, your legacy is complete.

Hugh's disdain for black people is legendary, like when he spent BOA money to move the transit center off Trade and Tryon b/c he was tired of seeing the poors and blacks unloading in front of his office.
Or when he pushed the Transamerican CEO and Olympic gold medal sprinter to Charlotte as it's black savior?

How much you wanna bet IA will find a citeable policy violation in Officer J Appiah‘s future?

He deserves his chikin' samich! Give it to him!