Olympic bobsledding is about as far from Concord North Carolina as you can get. But leave it to former NASCAR Driver and Daytona 500 champion Geoff Bodine to help put gold in the hands of Team USA-1 bobsledders.

The USA-1 sled combined NASCAR technology with the near perfect driving of Steven Holcomb and starting power and smoothness of Justin Olsen, Steve Mesler and Curt Tomasevicz pushing the USA sled to a record setting pace with the first race and a .45 second lead and course record speed that couldn't be touched. 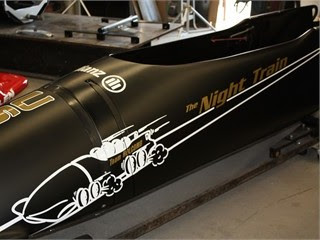 Since 1992 Bodine has put his understanding of high banked turns and speed into the art of bob sledding. Today in Vancouver that work paid off as the USA-1 sled known as "The Night Train" crushed the long dominate Germans. 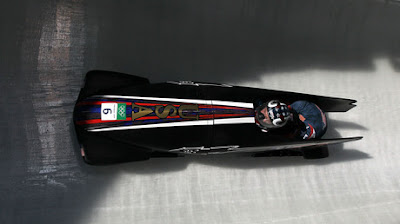 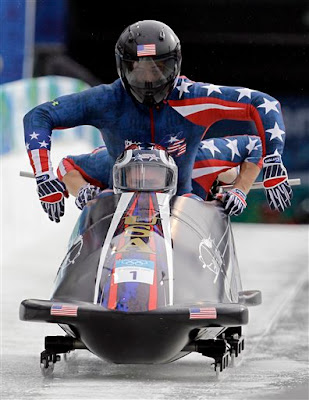 The win and record setting rides make The Night Train the "fastest sled" in the world!

Bo-Dyn Bobsled Project Inc. plans on moving from Connecticut to Concord later this year to be close to the technology that made America's return to gold possible. More about Geoff Bodine's Bo-Dyn Project here.
Posted by Cedar Posts at 7:01 PM