The Winner of the 2010 Quail Hollow Championship

Rory McIlroy - Did you see his putt on 18 at Quail Hollow Sunday? If you didn't you missed a defining moment in Charlotte's sports history. The event sold out on the hopes of Tiger Woods giving a show but it was the young prodigy named Rory, that stole the day. Setting a new course record, the kid who looked like a cast member from the Brady Bunch, said look at me in a really big way! The oddity of it all is that it is Rory McIlroy who is shadowing Tiger on the cover of EA's Tiger Woods PGA Tour 11. 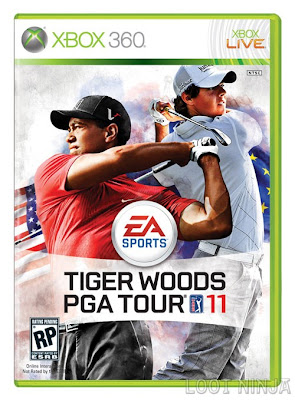 Billy Mayfair was the Cinderella story until Sunday, but by the time Mayfair holed out at the 18th the crowd had thinned and the parking lot was jammed.

The leader board congratulated Rory on winning the tournament and his upcoming 21st birthday before Mickelson finished his round, was in poor taste. A sad error in judgement for an otherwise sharp looking event.

Perhaps a little Folk Lore is in order.

As the story goes a member of the royal family found himself in one of the many bunkers that line the rather tight course during a recent the pro-am event at the Emirates Golf Club.

In a effort to save face with his American tour players he proceeded to try to hack his way out of the bunker. After four or five attempts he thankfully picked up his ball.

The next day when the Royal hit his ball on the same hole with the same club he once again found himself with the same left to right trajectory and heading right for the bunker, just as it did the day before.

Except that the bunker was gone.

Overnight the Royal Family had ordered the bunker removed, and so the ball bounced across the now grass covered hill and rolled back on to the fairway for an easy par.