If you paged through the obituary section in Sunday's Observer, you would have noticed one photo in a sea of many older faces. The photo that caught your eye, was that of a beautiful young woman, who truly didn't seem to belong. 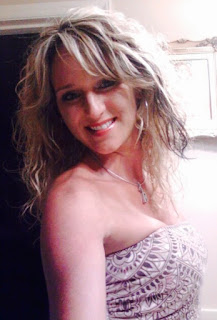 A read of the obituary in the Observer didn't tell you much, just that her name was Kathy Lynn French and that she was 39.

A click on the link to her obituary at the funeral home, told you even less, in fact it was more an advertisement for the low cost funeral home that handled the arrangements. But if you hunted around on the funeral home's website you would have found a very brief mention of Kathy that also named a few family members, the entire announcement was less than three paragraphs.

We buried Kathy Lynn French yesterday, this past Thursday she lost her battle with cancer.

The phrase "Cancer Survivor" is tossed around a lot these days, so much so that you might think everyone that has cancer will be a survivor. Sadly that is not true. Thursday cancer claimed another life and her name was Kathy Lynn French.

But Kathy was more than just a victim of cancer, she was a beacon of light, a smile that never quit, a person with a big heart who struggled to make something of herself even when it was against the odds.

A single mom, a business woman who took her success seriously and worked hard to keep it all together regardless of what difficulty was ever thrown in her way.

Throughout her life she never caught a break, but never complained about it either. She just wasn't the kind of person to complain or even ask for a handout.

A sweet girl, who loved animals, and Panther tailgating. She loved going to the lake and the beach. Known as much for her good looks as her classic vintage black Firebird. A true home body that was also a regular at Beantown, a Matthews bar and restaurant where her friends, nearly 100 of them gathered after the funeral.

Yes, she had flaws, she was totally OCD, and we loved her for that as well.

She loved life and lived it to the fullest.

When my sister's husband had unexpected business to come up (read lost his nerve) and he begged off of going skydiving with her, Kathy took his place. You didn't have to ask her twice! She was so up for anything fun.

Kathy was also very brave, and she accepted the hand she was dealt fearlessly, working as long as she could so that she could pay her mortgage on time. In the end she just wanted to be at home and those who came to call found it spotless as ever. Baking cookies for guests even as the cancer made it harder each day.

In the day's before her death Cedar's brother joking told her that if she was going to die she needed to give him a sign that she made it to the other side. She told him she'd have to think on that.

A week later she told him; "you know how much I love the beach, and I expect heaven will have a beach. So, if you happen to find sand in your shoes for no reason, it will be a sign from me."

She was family, she was a friend, she was a beautiful soul, she was loved by all and we'll miss her terribly.

Cedar's Final Take: "Life moves pretty fast, if you don't stop and look around once and awhile you might miss it."
Posted by Cedar Posts at 9:51 AM

Very nice. What an exceptional person she was to have such a tribute from you and have a bar full of friends celebrate her life. I'd be looking for that sand.

Pretty Girl with a sense of humor. Your brother will be checking his shoes forever.