There are things that tie this nation together, Pearl Harbor, Challenger, and 9/11 as it has come to be known. But now 14 years on, many people not directly affected by the great loss of life or living in New York at the time may have forgotten the hours immediately after the first plane roared into the North Tower of the World Trade Center.

Certainly anyone over the age of 25 understands what happened that day, but still only a small number of Americans know what New York was like during the attack and in the first hours after.

CP was thankfully not in New York on September 11th having left the city two days prior. I watched the second plane impact the South Tower live on television. The rest of the day is a distant memory, except for the silence in the air that afternoon. Unknown to me one of my colleagues a fellow investment professional was at ground zero.

His story arrived 2 days later via fax my office. The following images are of that fax that I've kept in my top desk drawer for the last 14 years. Today I'm sharing one man's story unedited (note you will have to click on each image to enlarge): 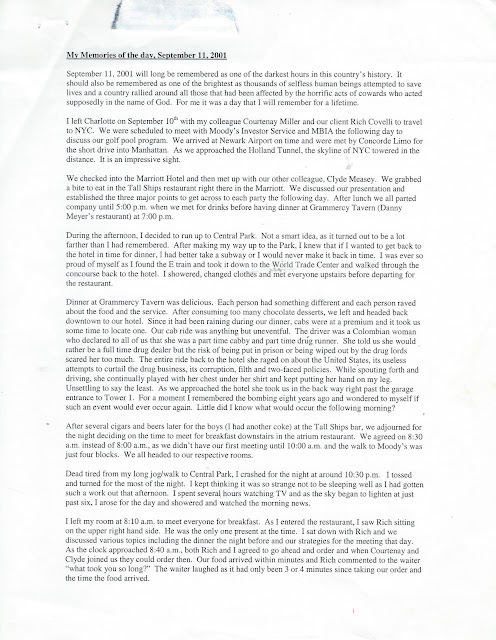 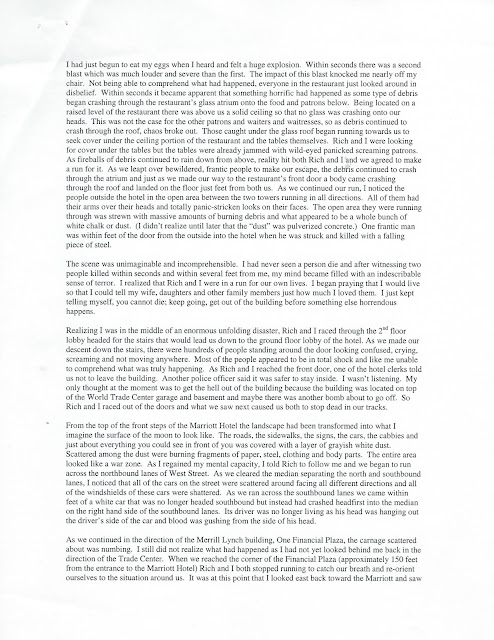 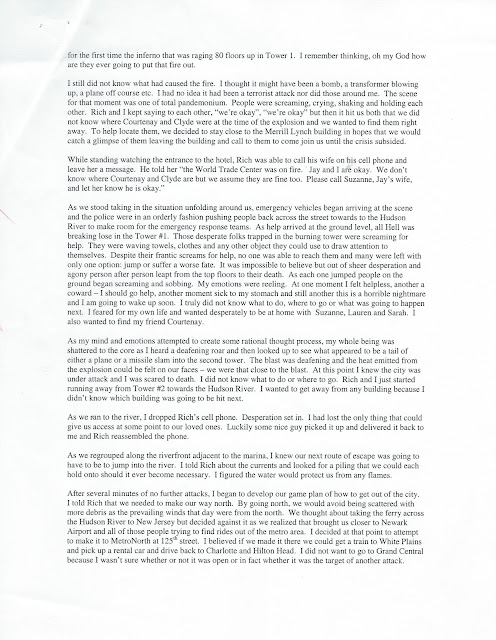 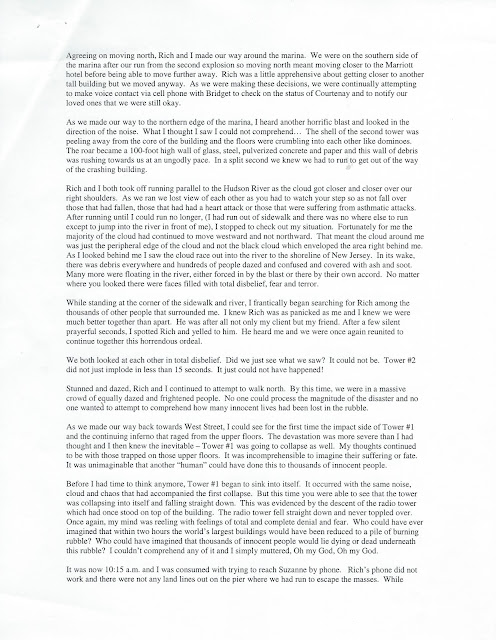 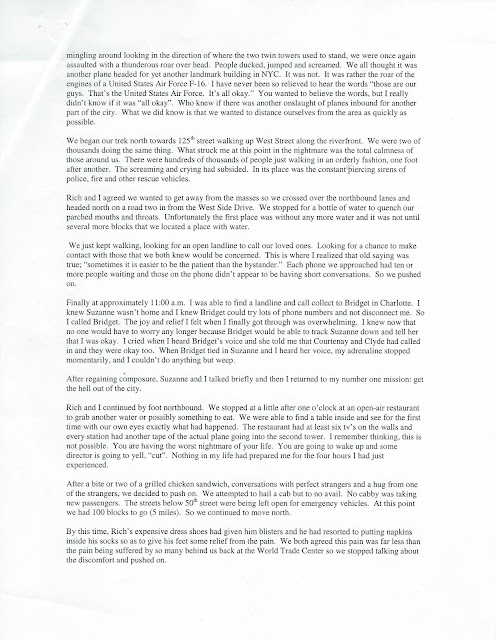 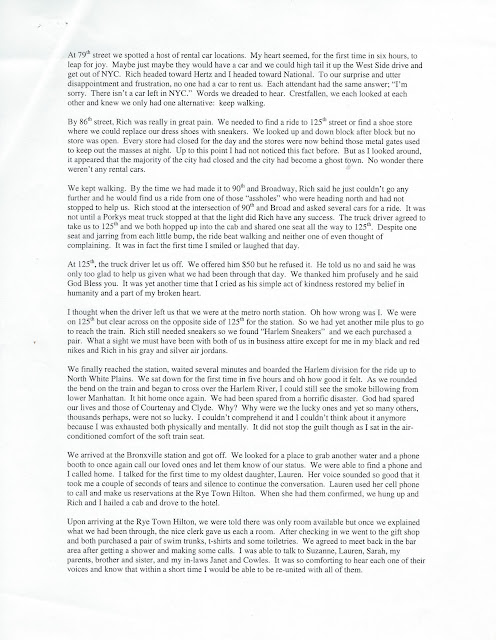 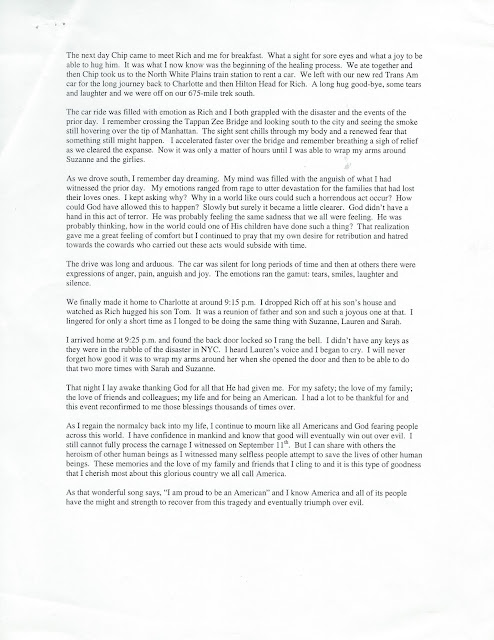 CP's thoughts: I'm still stunned at what happened that crystal clear Carolina morning in September and the reaction of two people apparently unmoved and so self centric that they chose that moment to, in the case of Anna Schreiber to complain about a broken towel bar in her apartment and in the case Alan Henderson, raged over the phone that I "damn sure better be in Houston on Monday, even if you have to drive".

The September 11 attacks and more so Schreiber and Henderson changed my outlook on life, work and family.
Posted by Cedar Posts at 9:36 AM