Bad Boyz Bad Boyz What a You Gonna Do

In case you missed it, this is how CNN told the story -  Police in Charlotte, North Carolina say a drunk man stole an officer’s patrol car overnight (January 1, 2016) and crashed it into the woods. 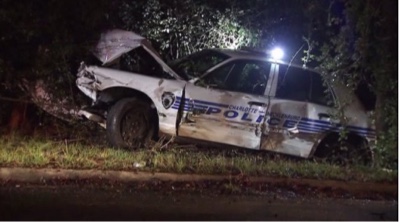 Authorities say that the officer left his key in the ignition after exiting his cruiser to speak with some witnesses about an incident that happened at a local business.


According to reports, 22-year-old Kody Grayson jumped into the unlocked cruiser and drove away.  The vehicle was later found crashed in the woods, totaled.  Grayson was apprehended by police 14 miles away. 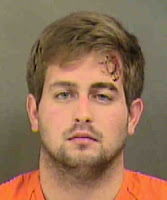 Police say the incident will be reviewed internally to determine if the officer followed protocol.
CP is hearing that not only were the keys left in the car but the car was running. Oops! But pretty standard among CMPD Officers.
Reminds us of the time Chief Monroe lost his special golf cart at the Well Fargo Championship to a drunk patron.
Posted by Cedar Posts at 3:29 AM

When is his court date? I just want to sit in and hear the defense team's spin. Bro-type Affluenza?