If Hillary Was A Drunken Sailor She'd Sound Like This 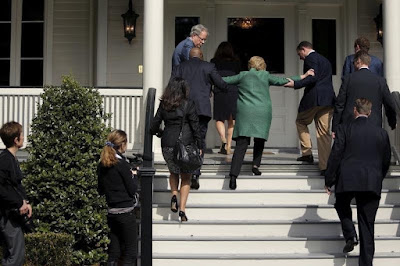 From Hillary Clinton in her own words via Patroit Post:

The bitch is wack, wack as f@*#! She's about to crack and drop out when Assange lets the ten emails fly that show Benghazi was a state-CIA missile buy back gone wrong. Poor Petraeus, he inherited a nightmare. See we (and France who have suffered the consequences) gave the Libyan Rebels 200 Surface to air missiles the year before to bring down Ghadafi's AIRFORCE down, which they did. And the year our ambassador was killed with the three proforce shooters we were trying to buy back the leftovers. Which the rebels kept, stole the cash and killed the black op operators seven hours from our nearest diplomatic interests in Tripoli. When she cracks and falls out, I say the fed and fema will step in and postpone the election.