It's one of those stories you hope is true, a year long unsolved homicide of a sweet young girl gunned down in a popular neighborhood, solved. An arrest made case closed.
But it was not to be, at least tonight. 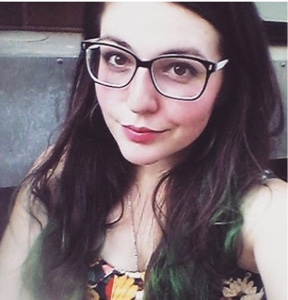 Twenty six year old Ketie Jones worked at Midwood Smokehouse, after work Jones did what a lot people in the food service biz do, she headed off with co-workers and friends to another resturant to hang out in the bar.
Some time after midnight Jones decided to walk home. At some point she came into contact with her killer. In the early morning hours of October 15, 2016 her body was discovered behind a real estate office she had been shot to death.
CMPD had already noted the one year anniversary of Katie Jones death so when word spread of a presser many, CP included assumed it was big news. 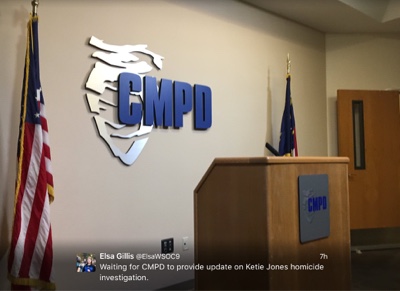 The moment DC Jeff Estes walked into the room, with Rob Turfono trailing behind, we knew there would be no big news. 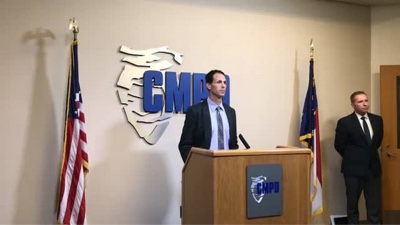 The lack of detectives, no chief Putney and no DA Andy Murray were big clues right away. 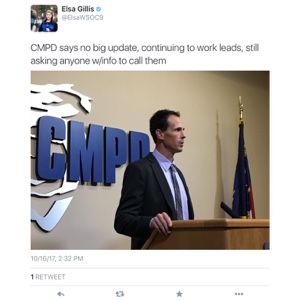 So why the big presser just to thank the news media for their help in getting the word out?

No leads, no arrests, very little given to go on, CMPD has been very protective of the facts, hoping for something totally random to happen.

The lack of a big announcement was a major let down because the chatter was an arrest was coming.

Via the CMPD back channels the rumor was as follows:
Seems the two idiots who shot it up gangster style the other morning and struck a school bus in the process may have more than just Plaza Midwood in common with Katie's killer. The rumor was a ballistics match had come back and the bullet that hit the bus came from the same gun that killed Katie. The car in last week's daylight gun fight was also a possiable match to a car seen in the area around the same time Katie Jones was killed.
The timing of course would be remarkable, a year to the date that Katie was killed. But that's how cold cases become closed cases, seemingly random events and bad actors suddenly fall into place. All you have to do is connect the dots and bingo the cold case is a wrap.
The work continues and the case remains active. One of 18 unsolved homicides from last year in Charlotte.
Cedar Update: Intel is often hit and miss, turns out that the basic facts of a pending arrest were indeed correct. A lower class arrest unconnected to a shooting filled in the holes to help connect the dots. The pieces to the puzzle fit perfectly only trouble is the victim wasn't Katie Jones. And so it goes....