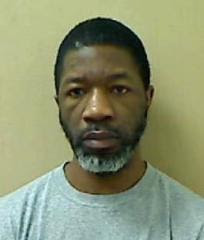 Darryl Angelo Anderson Photo Courtesy of NC DOC
The triple homicide shook the rural Concord, North Carolina community with a level of rage and violence neighbors say they had never witnessed before.
Anderson was sentenced to life without the possibility of parole for each of the victims. The sentences were boxcar'd to be served consecutively.
The afternoon of the murders, Anderson shot the women in three different trailers at Cedar Park Estates off Lower Rocky River Road in Concord during the height of a severe winter snowstorm.
The killings were reportedly the result of a domestic argument.
Jessica Cox was the daughter of Sharon Cox. Serrano was a neighbor. Jessica Cox left behind three young children, while Serrano left behind a husband and a son
In a 911 tape, Serrano’s boyfriend told the operator he was in the back of the house and heard Serrano talking to a man. Then he heard gunshots. “He shot through her door and was able to open her door,” he said in the tape. The man said the gunman shot Serrano several times and left on foot.
EMS personnel arrived to find Serrano lying on the kitchen floor with an apparent gunshot wound. She was later confirmed dead by Cabarrus County EMS units, who rushed to the scene despite snow-covered roads.
The lone female survivor Veronica Cox told police her mother, Sharon Cox, ran into her bedroom and woke her up, saying she had been shot.
Veronica ran from the bedroom to the kitchen to get her phone so she could call 911. When she returned to her bedroom, she told police her mother had fallen to the floor, and the gunman was standing over her mother holding a pistol.
He fired two more shots into Sharon, then aimed the gun at Veronica’s face and said “get out of my way,”
Anderson fled into the woods but surrendered when police arrived.
Anderson is now 44 and is currently being housed at the Bertie Correctional Institution in close supervision. The 1000 inmates are North Carolina's most violent felons. Violence in a way of life at Bertie those who cope spend their days in single occupant cells they are permitted a one hour exercise period each day and then return to their cells. 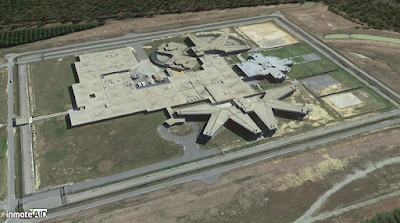 Bertie Correctional Intuition
Prisoners like Anderson "earn" their way to Bertie by breaking rules and committed acts of violence. The toll drives many to take their own lives.
Jessica Cox and Sharon Cox are buried in Ohio next to Sharon's mother who died in 2009.
Sadly Veronica Cox died on April 9, 2015 just 2 months after Anderson's sentencing and a day shy of her 26th birthday.
She was reportedly found at home unresponsive, rushed to CMC Main where she died of an apparent drug overdose. Veronica Cox is buried along side of her mother Sharon and sister Jessica in Ohio.
Darryl Anderson offered no apology at sentencing and has never publicly stated why he killed the women or why he spared Veronica on the fateful day.
From Cedar Posts Friday February 14, 2014:
Investigators say Darryl Anderson shot and killed three women in Concord during the Wednesday February 12, 2014 snow storm.

According to WBTV and other sources Sharon Cox and Jessica Cox shared a trailer next door to one of Sharon's other daughters Veronica Cox.
Apparently an altercation escalated and Anderson shot and killed Jessica Cox, and then turned his gun on Sharon Cox shooting her once. Sharon Cox, though wounded escaped and fled to her daughter Veronica's home next door.
Anderson apparently chased Sharon Cox into the second trailer home where he stood over her and fired his gun twice more.
At this point the second daughter ran from her bedroom to call 911.
Veronica Cox, told investigators she saw Anderson stand over her mom and shoot her twice. He then pointed the gun at her face and said "get out of my way".
The motive for the killings is unknown, as well as, why Anderson chose not to shoot Veronica Cox.
The third victim 45-year-old Sheila Serrano who lived across the street was also shot by Anderson and also died. Anderson apparently believed the Jessica Cox was having an affair with Serrano's ex husband and Anderson shot her in his fit of rage.
Posted by Cedar Posts at 8:10 AM

Dang that's f*cked up! I never heard that the daughter he didn't kill also died. What the hell is wrong with people?

Mud Sharks what a waste mom and two sisters what were they thinking. Not one of them was bad looking or fat just stupid.

Sadly she died because she hooked up with a Hunter Biden type Scumball.

What a sad tale of lives wasted. I was always surprised that the local media never told the full story.