Foul Play or Nothing at All?

Have you ever noticed something, and didn't give it a second thought until days or weeks later? 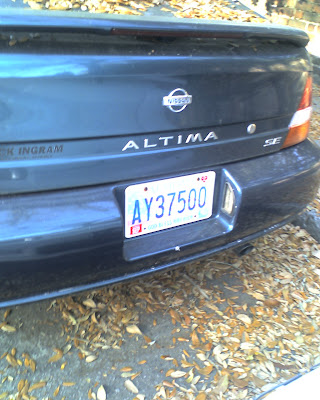 So for the last four weeks I've noticed two cars parked one behind the other on one of Charleston's quiet streets that lies just "South of Broad".

A little back ground for those of you in Charlotte. South of Broad is Charleston's Myers Park, plus another 200 years. South of Broad is place where the rich, the tourists, the working class, students from 3 colleges and the well heeled cross paths on a daily basis. 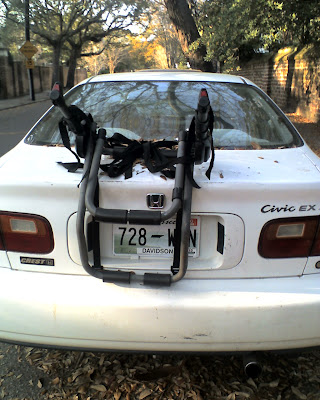 Down South Battery and around the corner two cars have remained parked for the longest time. Leaves have gathered around the tires, dust covers both cars and yet no one seems to notice or care.

Both cars are from out of state not all that odd, in a tourist city with many out of state college students. If fact the inside of both cars show all the sign of college life cd's scattered about, can huggers, a hoodie or two and beach towel and McD's bag.

The car with the Tennessee tag has a bike carrier and Altima from Alabama has a small suitcase inside. Both cars are current, with plates expiring in October of 2010.

But both cars have been there a while.

A murder? Runaway college students? A rendezvous couple that jumped off the bridge together? Just a couple of stolen cars, or Citadel freshman who aren't allowed to have cars?

Another week and the cars haven't moved. Yet no one seems to care.