Hottie of the Week Dianne Gallagher 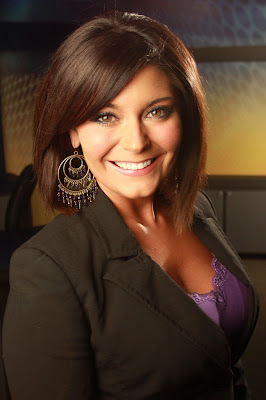 Charlotte's hottest television news personality isn't even on a Charlotte station, though I'd expect this smart well traveled looker to make the switch in very near future. Say hello to CN2's Dianne Gallagher. But don't bother looking for Dianne on Time Warner's channel line up, CN2 is the Comporium Cable News Channel covering York, Lancaster and Chester Counties.

This self described "Prissy Tomboy" tweets incessantly from her @kokomodianne twitter account, as she goes about life at an amazing pace.

Cedar Posts had some reservations about adding Ms. Gallagher in the Monday hottie of the week spot, having known one such person (see Meckburbia) I know first hand the stress of the job and the issues with being a television news personality.

Other the other hand, finally a reason to move to Rock Hill.
Posted by Cedar Posts at 2:21 AM

Lame choice for your hottie of the week Cedar! Have you ever met Dianne? Skank all the way!

OMG she is so hot! How come she is not on the mainstream news!

I don't Chelsea Handler is what ten years older and waaaaaay hotter.

I don't think CN2 gives Dianne enough airtime. I don't you need to be hot to deliver the news. But easy on the eyes helps.

Here is what bothers me about Dianne and Cedar Pointed this out she tweets 24/7/365 ok but I think he's also saying she is not thinking.

If you follow Dianne she is always tweeting where she is going and where she is, and that is nuts!

I think that is why CP "had some reservations" about posting kokomodianne.

rock hill has a tv station? Bring her to Charlotte. Shes gorgeous. havent seen her body, but her face is fine.

she seems to be on alot of blogs. her pic at least. if you search for her she is also getting votes as the hottest in south car. she is pretty. she must be dumb then.