Breaking News WSOC Off the Air

A woman has entered WSOC TV studios with a gun, shots fired employees are exiting the back of the building and WSOC is off the air. 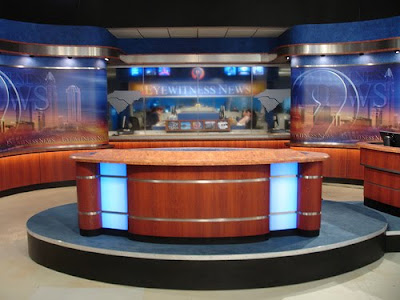 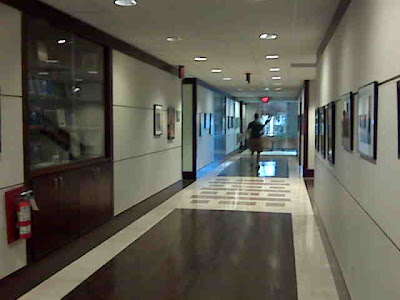 Update 5:48PM Police have a woman in custody after massive CMPD response. All WSOC staff accounted for and safe. Meanwhile the lost income due to dead air time continues to add up as the station remains off the air.

Update: 6:08PM WSOC back on the air Wendy Naidis age 51 taken to CMC Main and under arrest. Reports of shots fired are in error. Ms. Naidis never entered the station other than the entrance lobby.

Both Blair Miller and anchor Natalie Pasquarella were well into the 5 PM newscast when Pasquarella suddenly announced "We'll be right back." and the station began a series of commercials. From Cedar Posts perspective it seemed like an odd time for a commercial break, but Pasquarella didn't seem concerned or upset, in fact now knowing what was going on all I can say is Natalie Pasquarella is one cool under pressure lady.

Read Blair Miller's personal account of the afternoon's events here and a video of the woman surrendering to police is here.

In an interview with the "Local Paper", Pasquarella described what happened after she signed off.

"I look back and I see everyone in the newsroom leaving. I grabbed my shoes and I started going out ... I didn't even take my coat.

"The one moment when I had real fear was when I heard ... 'Someone is in the newsroom with a gun.'"

Unable to broadcast because the building was locked down, reporters and others from the station began using cell phones and laptops to post updates and pictures on Twitter and the station's website.

"We are all in back lot," producer Katie Rutland tweeted at one point. "Evacuation happened approx. 5:05 during my show. Screamed at anchors to evacuate..."

The broadcast's other anchor, Blair Miller, tweeted: "Don't know if anyone is with distraught woman with gun in lobby."

Chief Monroe rushed to the crime scene from some unknown location. He arrived long after Naidas was in custody but was seen searching out cameras to be interviewed. Some reports via twitter suggested that Monroe wanted to address all the WSOC TV employees before they were allowed to return to their offices.
Posted by Cedar Posts at 5:26 PM

"Natalie Pasquarella is one cool under pressure lady"

I could not agree more Cedar!