Leave it to a young lawyer to take to Twitter, open his pie hole and start insulting CMPD Officers, Andrew Murray and George Laughrun. But wait he's just getting started.

Of course that's because apparently all Officers are liars. 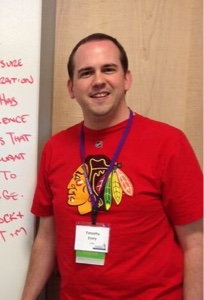 Well at least he's a Blackhawks fan, except he thinks the state's case was poorly presented. 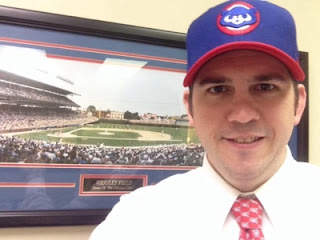 But apparently doesn't think much of defense attorney George Laughrun.

He doesn't think much of Andrew Murray either accusing him of "punting" the case, and expecting voters will take notice and apparently vote Andy out of office.

Of course he's a lawyer and you aren't, so you couldn't possibly begin to understand the evidence.

On the bright side at least he's easy to spot around town. 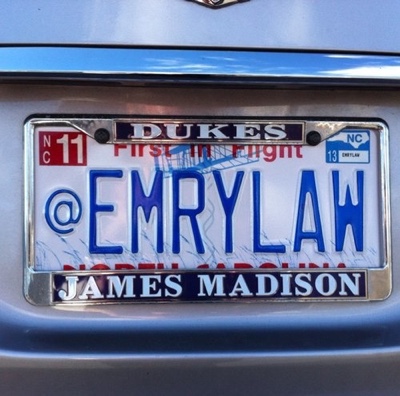 Humm is that tail light out?

CP Notes: In the interest of full disclosure CP has known both Andrew Murray and George Laughrun about 20 years. Both are very well respected lawyers and wonderful people to be around. Having friends and family who show up for roll call every day makes it easy to laugh at someone like Tim Emry as well. So, let's be careful out there.

He's awfully impressed with himself, isn't he?

George has been practicing law since before this prick was even born... How bout not pandering to the left wing loons at wsoctv and the black community and actually try some cases that make national news instead of being a loud mouth dick.. The world needs plenty of ambulance chasers...

Next time Emry needs help, he can call a crack head....Or one of his clients.

The world is round. What goes around comes around.

Sounds like this cat's not operating on all eight cylinders. Also when was the photo of his license plate taken? If it is a recent photo his tag expired in 2013.

If this douche is so important, why have we not heard of him is until these twitter posts? If you're in need of a lawyer, who are you going to turn to? A loud mouth white priviledged loser like Emry, or established Laughrun, Wyatt, or nameless others who would run circles around this punk.
I feel sorry for his client base, the are getting short changed.

He's probably one of those types that can suck all the air out of a room bragging about himself........

Honestly I think Emry needs to work on his own presentations to judges, he is probably the worst lawyer in the public defender pool.

On this topic, I will only waste enough energy to type three more words, irrelevant and worthless.

Emry is the type of guy that has that face that you just want to stomp on.

Emry is a little pussy

Not really sure why he'd go on a cop hating rant. I don't know about anyone else but on minor traffic tickets I'm always being asked if I am ok with a reduction or dismissal. I'm always agreeable, but for Emry I'll make a point to remember his tweets.

This guy is an idiot

I don't know if it's his face in the first photo or the resemblance between Emry and Ermy....but I keep thinking of this lol.

Mr. Emry, as I read your "tweets" it occurred to me that the difference between yourself and us is that if you were in need of our services we would be there for you and uphold our oath as Police Officers to Protect and Serve even if you are an idiot!

Hey Emry you and Chestnut can open your own firm together...

I would pretty much say he has burned his bridges here in this area. Dumb ass!


Your defense attorney should understand how to handle a criminal case from every angle. Your attorney should provide you with the strongest possible defense.
Protect your rights