'Cristina Depasquale had a rough night at 1am drunk and disorderly charges then 12 hours later assault on a public official. 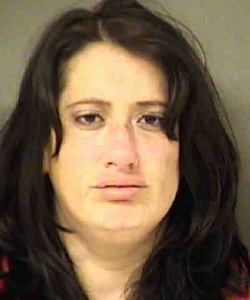 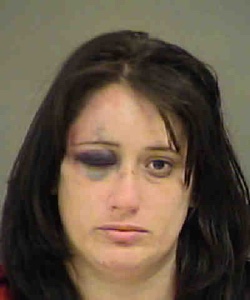 Cedar's Take: She fell, Twice!
Jourdan Rodrigue didn't travel with the Carolina Panthers this weekend and it's unclear if she is still on the Charlotte Observer's roster coverning sports, or is even still employed with the paper. 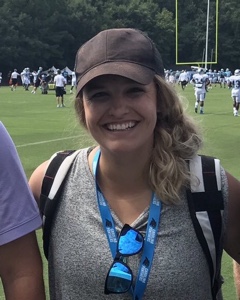 Rodrigue's Twitter feed normally rapid fire on game day was oddly silent. Her apology after racist tweets were discovered on her timeline fell flat, as fans of Cam Newton piled on the former reporter.
Glenn Biurkins who is black and a one time Observer reporter and columnist called for her resignation via the minority focused online publication QCityMetro.com
The back lash stirred up by her calling out Cam Newton for his sexist smirk during Wednesday's afternoon presser exploded when her racially offensive tweets aged four years or more were discovered.
Cedar's Take: Proving once again that people in glass houses shouldn't mow their gravel driveway with a gas powered lawn mower hope Jourdan learn from this mess.
Posted by Cedar Posts at 5:19 AM

Jourdan is out resigned Friday afternoon. Sad and really wrong.

She fell out of the ugly tree.... Twice!

I think Cedar has it right Jourdan violated the first rule of reporting "cover the story do not become the story".

Was she really fired? Or is that just hopeful thinking? I can't imagine Cam Newton or any other player granting her an interview not because of the racist tweets but because she went public with her complaint.

She out and no one is talking, The Observer is so limited staff wise and cash wise she won't be missed. No one is talking because they don't want to be next.

Cedar I think that's a dude. Not Jourdan but the other guy/girl whatever?

Jourdan is one of those girls that was super hot in high school but hasn't aged well. Not that she's old which is strange. She's cute enough but google her college photos at one time she was smoking. Now sort of frumpy. Wonder what happened?

About Cam, anyone who has heard her talk can understand why Cam cracked up, her voice is kinda shaky it like she's nervous but I think its just the way she is. As soon as she starts talking you just want to laugh she like that really fun girl at a party telling jokes she's just easy to laugh with. Not good for television or radio but great for print.