WCCB's Wilson Has An Epic Twitter Meltdown Over #TakeAKnee 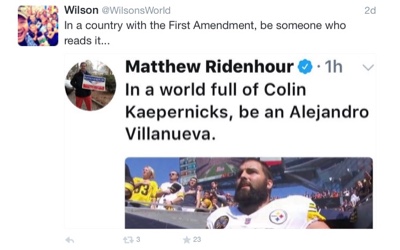 Wilson's first tweet suggested that Commissioner Ridenhour read the first amendment. Wilson's subsequent tweets followed the usual liberal narrative of "not about the flag" which Kaepernick said early on that his protest was because he was "unable to respect the flag" which to most means it was totally about the flag. 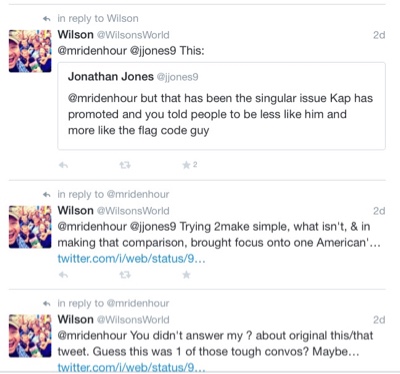 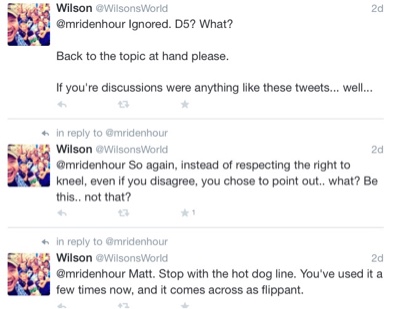 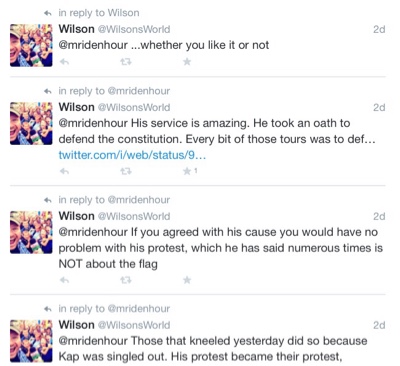 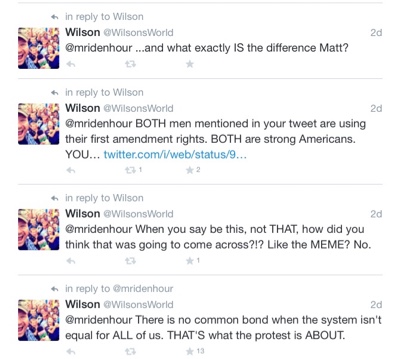 Wilson's Twitter rant continued for nearly an hour spiraling ever more out of control. The more Ridenhour tied to be reasonable, the crazier Wilson got finally blocking Ridenhour prevent any further conversation.

Wilson's Twitter handle @WilsonsWorld has more loyal followers than the station has viewers. But supportive retweets or likes were limited as the barbs and jabs directed at Commissioner Ridenhour became more personal in nature.
Cedar's Take: Matthew Ridenhour is one of Charlotte's most centric elected officials and adds a common sense balance to public board meetings that with Bill James on the right and Vilma Leake on the left often resemble the opening scene from One Flew Over The Cuckoo's Nest.
Disagreeing with one's political stance is fine but a little decorum could go a long way. CP is old school, elected officials are given respect even when you don't care for them. But we've raised a generation that think is ok to address the President as Orange Cheetos rather than Mr. President. This transcends to the local realm where its apparently ok to have a nutty when a former Marine suggests you stand for the national anthem, shut your mouth, standstill for 182 seconds with your hand over your heart.
Frankly the "Take A Knee" movement is dead, it never had the right message or any message. Lets face it if you have to continuously explain what your protest is about you're doing it wrong.
Kaepernick is now flipping burgers and the nation has moved on to Las Vegas