On January 14, 2019, just as the year began Tyrone Lamark Miller walked into the FixER Electronic Repair store on Charlotte's North Sharon Amity Road. Inside the store he attempted to rob 29 year old Elchin Khalilov. At some point Miller shot and killed Khalilov then stole less than $50 dollars and 3 cell phones. 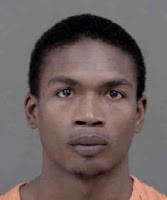 A video was released in connection with the armed robbery on January 31st. Based on the video, CMPD detectives and the FBI were able to identify Miller. Officials offered a $15,000 bounty for information leading to Miller's arrest and he fled to Texas. 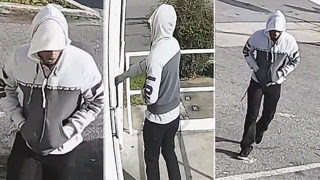 As a result of collaboration with the FBI and the Dallas Police Department, Miller was located and arrested in Dallas, Texas.

He was later extradited back to North Carolina and transferred to the custody of the Mecklenburg County Sheriff’s Office.

Miller didn't just become a killer overnight. His life was a predictable pattern of arrest after arrest and increasingly more violent each time. Arrests that the Mecklenburg Country Sheriff's office would just as soon you not know about. (They have removed his prior arrests from their online records search results.)

His juvenile records are still sealed, and his crimes prior to August 2009, many of which are unknown, he has never been prosecuted for, but at the age of 19 he committed an armed robbery. Five months later he would again use a gun in the commission of a robbery and this time he would be caught.

Miller's records include being charged and prosecuted for the following crimes:

January 6, 2010 Robbery with a Dangerous Weapon Speeding to Elude Arrest

On January 7, 2010 CMPD Officers finally caught up with Miller. But almost two years would pass before Miller would go to trial on the January 2010 charges. November 30, 2011 Miller was convicted and was sentenced to a minimum of 5 years and six months in state prison.

He would later be connected to the 2009 crimes, and was convicted on April 25, 2012 of the additional robbery and sentenced again to five years in prison which the judge ordered to run concurrent to the first sentence.

Tyrone Miller would serve a total of 7 years 10 months and 27 days as a guest of the North Carolina Department of Corrections.

He was paroled and released from prison on December 23 2017, and the records show his parole ending on September 19, 2018.

Four months later he would murder Elchin Khalilov for 3 cell phones and $50.

Even with all the technology and computer data bases Miller wasn't on CMPD's radar. Over worked and under paid Probation Officers required little contact with Miller. He was simply dumped back of the streets and resumed his life of ever more violent crimes.

Miller is stereotypical of offenders who should never return to society. His sentences should have been boxcar'd, they should have run consecutively. He should hot have been released with only a 8 month period of supervision.

CMPD is helpless to stop this type of crime CMPD can't stop homicides because politicians pander to the bleeding heart liberals who blame white privilege for the societal wrong that somehow forces black youth to chose a life of crime. CMPD's own Chief panders to the same mothers of murdered offspring crowd saying people need to stop settling their arguments with guns. As if singing Kumbaya around a campfire will make it all stop. He's got to make a choice he's either going to be the Chief of CMPD or a politician, he can't be both.

Violent offenders particularly those who use weapons should never be released back to society.

Miller will appear in Superior Court on April 25, 2019 he faces life without parole but that is hardly any sort of justice for the family of Elchin Khalilov.

Until the media accurately reports moronic choices by the district attorney and some judges and magistrates so that the public can hold them accountable, the judges and magistrates playing catch and release with the District Attorney's office will continue to do that to our city and its residents - including its most crime burdened residents. Report the names. Report the names. Vote them out

The “great state” of Mecklenburg County and it’s Injustice system. This county continues to breed criminals. Every year, a new law is passed that enables criminal behavior. The Magistrates and Judges are a disgrace. The new juvenile age law will only make things worse.

"The only thing that the Mecklenburg County courts succeed in is victimizing the victim!"

De-escalation Training for Citizens: Point a Weapon at a Police Officer expect to be shot.

Well it looks like the video from Wende Kerl's shooting is about to get released. Get your riot gear ready. I heard there are some questions around "the hand on the gun" part...

I hope Julie Barry gets sent to Metro Division as Captain. That is the same place that they all tried to get her kicked out as a Sgt. CMPD is fun.

CMPD is a real hoot! If you didnt keep laughing you would cry. Some of the recent promotions would prove that...

Seriously, who the fuck are these people? I have never even seen some of these people in my life!!!!!

Most of them were banished to the land of misfit toys. They are very well hidden and stay that way until.... POOF!

I naturally assume South is the land of misfit toys?

Dust off your riot gear and cancel your real lives. Its time for the show the public and critics crave. BWC Transparency. Coming to screen near you 4/15/19.

Right! Dust off the CEU Gear because regardless of what the video shows there are going to be a herd of BLM protestors who have just been waiting for any excuse to wreck havoc. The video will provide them with that. If this idiot had been laying down M-60 fire at the officers it wouldn't matter. They aren't searching for the truth. They are just anti-police hood rats looking for any excuse to tear shit up and they have the support of many of our city "Leaders" who constantly pour fuel on this race card fire.
Good luck and God speed....

Well, Vile Lies cried about it. So maybe she'll be out marching to support our police officers

As soon as you get serious with a woman at CMPD, then they start to get fat. They never stop calling your cell phone, either. Be careful, men and lesbos.