The Unavoidable Death of Ebony Harrison

Ebony Tamia Harrison was just 27, but as things go in Charlotte her murder by a convicted violent felon was unavoidable, thanks to Charlotte leaders who refuse to condemn the violence and hold elected judicial and law enforcement officials accountable.

So here you go Charlotte, proof once again that liberal leaders and their ”hug a thug” agenda is failing your sons and daughters!

Corey Vega, 23, charged with the murder of Ebony Harrison 27. He is a violent repeat offender that should have been behind bars and not on your streets. 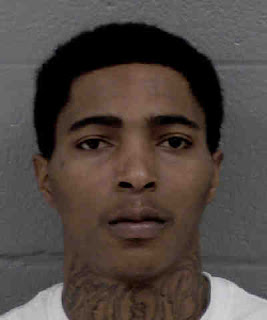 More arrests and case dismissals would follow until finally on December 14, 2017 Vega was sentenced to 40 months for Robbery with a Dangerous Weapon. Vega would serve the entire term of 3 years and 4 months until till his release from prison on August 13, 2019.

Vega was released from Mecklenburg Country Sherriff Garry McFadden's "residence camp for misunderstood felons" on November 14, 2019, on a no bail promise to appear and required to wear an EMD (aka ankle monitor) with few restrictions on his movement.

Three days later he would shoot Ebony Tamia Harrison to death at an office and industrial complex parking lot on Regan Drive in North Charlotte. 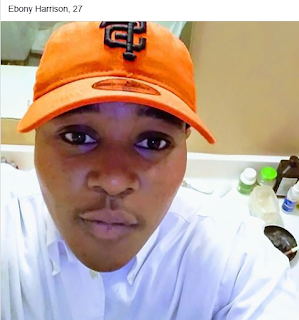 I repeat there you are Charlotte, proof once again that liberal leaders and their ”hug a thug” agenda is failing your sons and daughters!

Ask yourself why is Vi Lyles silent on Mecklenburg County's 112 Homicides? Why are judges releasing violent felons with out bail? Why is the Mecklenburg County DA Spencer Merriweather so stunningly impotent unable to convict even the most egregious criminals?

Why are Charlotte City Council Members silent and the democrat only Mecklenburg Board of County Commissioners void of concern?

Because their constituents are ok with violence as a way of life. They consider the Police and CMPD as the enemy. Because the African American Community has become a culture of violence that embraces gun pay and criminality.

Beyond the violence and death of Ebony Harrison is the issue of “pop up parties” illegal venues pretending to be Social Functions that are clearly unlawful for profit enterprises.
Posted by Chip Starr at 8:27 AM

Curious, but Cedar would be the one with the best chance of answering. When is the last murder case the DA took to trial? I'm guessing less than 5% end up in front of a jury, but that's just my guess. Is it that they realize there is a slim chance of ever getting a jury to agree in Meck that this is behavior that should be punished? Or are they trying to protect their own budget, and not 'waste' their resources on a murder trial.

The DA was on the news trying to defend his agency. He said that they prosecute all habitual offenders.

The news reporter stated...."but 95% of guns charges are dismissed". The DA got nervous and changed the story to the community fostering juveniles that pick up guns. He said it is a team effort by everyone.

In case you haven't figured it out "Ebony" is/was a dude.

Apparently Vega didn't know that out when "Ebony" offered a BBBJ. Only after services where rendered and Vega offered to reciprocate did he figure out Ebony wasn't really the girl of his dreams.

I'd call this homicide justified.

This should be called a hate crime except he should have shot himself because you damn sure know he was hating himself. Locked up in prison all those months and finally gonna get some and reaches down between her legs and WTF!!!! Yep justified. Your honor we the jury find the defendant Not guilty!

Please tell me this ain't so.

Any word on the officer that got shot by North Division?

Is his arm really getting amputated for a claw? Is he going to get better?

I don't care if the vic was a tranny or not, it is still a murder and had Reagan Miller been ousted months ago the perp would not have been have been released. Same thing happened up in Lenior yesterday guy locked up on a double homicide shoot up someone else. Crazy shit.

Regan Miller should never have been a judge, much less chief.