What's In a Number CMPD says Charlotte is at 96 Homicides - But is it?

Former CMPD Chief Rodney Monroe used to joke "where am I hiding the bodies?"

The answer is you can’t hide the bodies, but you can certainly skew the numbers. The FBI's Uniform Crime Reporting data base provides guidance but there is also a pretty large grey area. 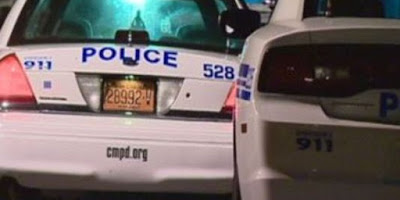 Clearly CMPD would like to keep the number of murders under 100 but is that an accurate picture of violent crime in Charlotte?

One way to tweak the numbers is to not claim the body.

Example: CMPD Officers respond to a car crash and determine the driver has several gunshot wounds. The driver later dies, yet his name does not show up in the CMPD list of homicides because he was shot inside Mint Hill city limits and then died in Charlotte.

And while that keeps CMPD's number down it doesn't change the FBI UCR Numbers, since Mint Hill, Pineville, Matthews and Huntersville numbers are included in the FBI Data Base for Charlotte.

Justified homicides are still homicides although the numbers are removed from the count, since the theory is if it’s justified it’s not a crime.

The North Carolina medical examiner's office has four classifications, natural cause, suicide, homicide or unknown/undetermined. Maybe we need a "undecided"?

CMPD says that the homicide count stands at 96, but in reality Mecklenburg County has already experienced 110 homicides.

Officer involved shootings account for 3 of this year's homicides. Even though they are justified the victims are no less dead and their deaths no less violent.

So who are the missing bodies?

Mecklenburg County is at 110 total homicides and that is 14 more that CMPD's number. A death toll we have not experienced since the drug and gang related murders of the late 80's and early 90's and yet Mayor Vi Lyles is silent even though many people are now calling for change.

But Lyles is more concerned about her social agenda than crime, and so it goes.
Posted by Chip Starr at 11:31 AM

All three officer involved shootings were justified. They were all good shoots. It could be argued the Franklin was not justified but as Putney has said a gun is a game changer. My thinking is Wendy needs to resign. She knows it was a mistake justified or otherwise it was still a mistake. I'm not tossing her under the bus I'm just saying stay in the car from now on. Just watch and see.

I was wondering why the CMPD numbers are all over the place and that nothing matches with the FBI numbers. Now it makes sense, solve Charlotte's crime problem by having all murders happen in Pineville. Hell we should pass a law!

There's a lot of fluff in the numbers. Rodney under-reported crime. Made it look like he was doing an awesome job but the truth is he was setting up the next chief to fail.

Low morale dated equipment lack of training yet crime was falling look at auto theft. In order to keep the number improving his last year there were nearly zero reported MV Theft but 100's of unauthorized use charges. The list of shady Rodney tricks is long and its made Putney's life hell because even if crime is down the Rodney numbers make it look like it out of control.