BREAKING NEWS:
Matt James ended up handing out his final rose and, surprisingly, (NOT) it went to Rachael Kirkconnell, who has been in the headlines recently after photos of her at an antebellum plantation-themed fraternity formal from 2018 resurfaced. 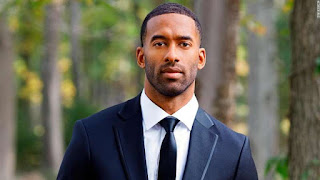 But during the "After the Rose" ceremony, hosted by Emmanuel Acho, (Because host Chris Harrison stepped down as host of "The Bachelor" after defending Kirkconnell.) James said that he had broken up with Kirkconnell after the controversy.
"When I questioned our relationship, it was in the context of you not fully understanding my Blackness and what it means to be a Black man in America," James told Kirkconnell during Monday's episode.
"It broke my heart, because this is the last conversation I thought we'd be having. I didn't sign up to have this conversation."
Kirkconnell then apologized, saying she had been "living in ignorance" and "never once asked myself what's the tradition behind this? What does this represent?" "I could have easily asked myself those questions. I never took the time to make that connection."
Cedar's Take:
Stop apologizing for Southern Culture! More so stop expecting people to apologize for southern culture.
As for Kirkconnell and James, seriously did they ever look like a couple? Did anyone buy into any of this shit show? Of course not, this entire mess was a contrived and plotted setup. Clearly producers scoured the social media universe before signing Kirkconnell to the show and when they discovered Kirkconnell's "Antebellum Plantation" themed party they sat on it, just in case.
Well, just in case came a long.
Matt James is from New York, rude, Mets, crazy, busy and Rachael is from Georgia. Polite, Bull Dogs, Sweet Tea, summers where the heat and humidity slows things down to a waltz. There was no way any of this was going to work out.
For James he needs to get over his "blackness" and what it means to be a Black Man in America. And Kirkconnell, she needs to get over his blackness as well.
Unfortunately she's going to spend the rest of her life apologizing for her whiteness and he'll spend the rest of his life telling the world of his pride in his blackness.
But if black mattered why didn't Matt James pick anyone of the very attractive black women on the show?
Have we came to the point in America where rap and hip hop and thug life is acceptable but hunting with "coon" dogs is not? If Southerners living in the rural south are deplorable and dim witted what are uneducated Yankee Thugs from the hood?
Miss Kirkconnell's tearful apology is cruel television, for which there is not market.
And if anyone needs to apologize it is Matt James.
Posted by Cedar Posts at 10:21 AM

Matt James is NOT FROM New York. He was raised in Raleigh, NC; he is a graduate of Sanderson H.S. (Raleigh) and got his Bachelor's degree from Wake Forest University. His mother is white and his father is black.

Like a lot of black men.... He was looking for a "Trophy Wife" on the show. The black chicks never stood a chance. He just pulled one along to the finish line for effect. Good luck to him in finding a young coal burner with 50's Housewife values.

Just saw on Fox 46 that only a $1,000 reward is being offerred for information on the person who attacked sgt Meyers with a mortar during the riots. What a slap in the face this should be at least 10 k

I read the article about Danny Meyers. Its real funny how JJ is so concerned about the safety of officers during the riots, but he released the body cam footage of the the supervisors talking about gasing these people.

JJ is playing both sides. I feel bad for Danny.

Cedar are you going to acknowledge that white nut that shot 8 people in ATL???

Do a story on this dude also, but he s black and he killed 4 FAMILY members."The Indianapolis man accused of fatally shooting four family members on Saturday reportedly got into an argument with his daughter’s mother over getting a cut from her stimulus check prior to the killings

Can you imagine being this cute little coal burner? You hook up with this black snake and do everything your momma and friends tell you to do, you put it all on the line and not only does he shit on your face but then tells the world YOU ARE A RACIST!

This girl's life is over. God I hope she gets help.

Hey Pworld. Here’s my take on the ATL shooting. Ol boy was probably a previous client, asked for a happy ending... was refused. He then got mad and came back with a gun. Just my opinion Also, does anyone know if Tam Phams salon gives happy endings? Asking for a friend

Got to laugh at nugget culture. Kill your family over a stimulus check. These people are so freaking worthless.

Coal burner lol but yep she'll never live that shit down. Got to feel bad for her. You can tell she's in a tail spin the weight loss is noticeable.