Lancaster police are asking the public’s help in searching for Zion Malik Twitty, who they say was involved in a shooting off South York Street. 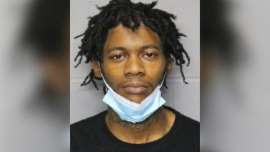 Police have identified Twitty as the person who shot at a moving vehicle last Thursday.
The shots destroyed the car’s back windshield, fortunately the two people inside the car were not seriously injured. He is described as a 22-year-old Black male, standing at about 6′0″ and weighing 140 pounds.
But this isn't your typical be on the lookout (BOLO) at least by CMPD standards.
In Lancaster they don't mess around, warrants for Twitty’s arrest have been issued and include two counts of attempted murder, discharging a firearm into an occupied vehicle, possession of a weapon during the commission of a violent crime, and possession of a weapon by a person convicted of a violent crime.
If this had occurred in Charlotte he would be charged with littering and maybe shooting into an occupied vehicle a charge that would later be dismissed by Mecklenburg County District Attorney Spencer Merriweather.
Twitty should be considered armed and dangerous. Anyone with information concerning this incident or the location of this person is asked to contact the Lancaster Police Department at 803-283-3313 or by calling or texting the Anonymous Tip Hotline at 803-289-6040.
Posted by Cedar Posts at 8:55 AM

If you like SC so much, maybe you should just move th... wait a second. Maybe I SHOULD move there??? Do they have Starbucks in SC? I love my ‘bucks. If you can confirm Starbucks in SC, I’m moving to SC and will help look for Twitty.

My wife and I are in the process of moving to SC. Selling our house to some New Yorkers for way more then its worth, and I have done no improvements. Its a dog eat dog market right now and we ate that Northerner cash. And yes York County has always been harder on Criminals. I had to go to court in York once where the guy was charged with Bank Robbery. He was close to 280lbs when I arrested him. One year later I could didn't recognize him. He was probably 175 lbs. He stayed in jail since day one until his court appearance. He was given 25 years. the system is totally different down there.

This nugget fucked up in the wrong county. Had this occurred in the great state of Mecklenburg he would have been cited for Misdemeanor Homicide and sentenced to 36 hours of community service. Now he will rot to death in a SC Prison while enjoying Nutriloaf for breakfast, lunch, and dinner; after working up a good appetite from a full day of hard labor. There is a good reason the murder rate is much lower south of the border. And it's not because there are fewer blackies. Our DA needs the tour....

SC has a real bad history of Sheriffs running their own law. At one point half the counties had Fed charges against them in the prior 10 years. BUT Sheriff Tolson in York is awesome. Can't speak for Lancaster Co. Stay away from Chester.

Old School policing....
It is very effective in reducing crime.