Like a television game show, the 39 contestants are lined up and ready to go. Some will walk and others will talk. Some will spin the wheel and leave in chains others will get to come back another day. There will be winners and losers, so without any further delay here are this week’s contestants: 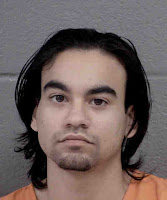 22-year-old Azareil Araque man was arrested in Lexington, NC in connection with the death of a 23-year-old killed near UNC Charlotte in November of 2020. On November 6, 2020, police responded around 7:30 p.m. to the 9000 block of Campus Walk Lane where a victim, who was later identified as Xavier Adams, 23, was pronounced dead. CMPD did not specify how Adams was killed, other than it was an assault with a deadly weapon. Officials said Azariel Araque was charged with murder, robbery with a dangerous weapon, and accessory after the fact to murder. On December 3, 2020, 27-year-old Willie Swinton was arrested in Los Angeles, California. He was also charged with the murder and robbery of Adams and is also one of Thursday's contestants listed below.
CONTINUED! 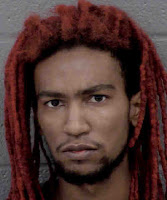 Darius Lamar Chambers, the identified suspect in the Ryan Autry homicide case, was arrested after a Cabarrus County deputy conducted a traffic stop on him. After the traffic stop, Chambers agreed to speak with the Charlotte-Mecklenburg Police Department. According to CMPD, following an interview with detectives, Chambers was arrested and charged with murder, robbery with a dangerous weapon and possession of a firearm by a convicted felon. The shooting was reported just before 7pm on March 29th on West Sugar Creek Road near West W.T. Harris Boulevard. The victim, identified as 29-year-old Ryan Devon Autry, was pronounced dead on the scene. He'd been given probation twice in the past for armed robbery and felon with a gun.
CONTINUED! 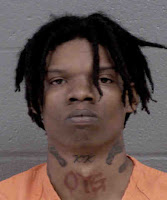 Charlotte-Mecklenburg detectives say 22-year-old Jawonn Mcilwain has been charged for the death of 20-year-old Jyasin Dearmon following a fatal north Charlotte shooting on Tuesday, January 26th, 2021. Homicide Unit detectives say they identified a vehicle of interest during their investigation, and when officers conducted a traffic stop with this vehicle on January 27th around 3 a.m., they found McIlwain inside. Detectives say McIlwain was placed under arrest for carrying a concealed weapon and was taken in for questioning. After being interviewed by detectives, McIlwain was additionally charged for murder, attempted robbery with a dangerous weapon, and conspiring to commit robbery with a dangerous weapon for his involvement in the shooting that killed Dearmon. Tiberius Lee, 18, Emanuel Cuffie, 20, and a 17-year-old have been additionally charged for the murder of Jyasin Dearmon.
CONTINUED! 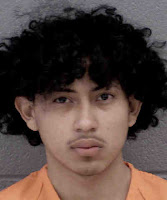 This contestant just can’t catch a break. Being collared for a murder is bad enough, but then you find out your public defender is none other than cop hater nut bag Tim Emry! Well, good luck Mario!
CONTINUED! 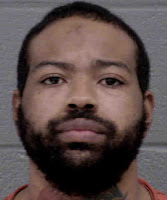 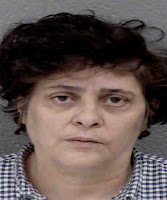 In 2019 Sawan Alshabani, 56, of Charlotte, was booked into the Mecklenburg County Jail. She is charged with one count of first-degree murder, two counts of attempted first-degree murder and two counts of assault with a deadly weapon. Investigators said 79-year-old Vira Nahorna was putting groceries in her car when Alshabani hit her and tried to run down four others. Those four people were not hurt, "This was random and isolated," said Matthews Police Chief Clark Pennington. "There is no known connection between Alshabani and any of the victims." She has been held without bail since November of 2019.
PROBATION!
Charles, Dakeia Prisoner No. Case No. 20-222714-19 B/M 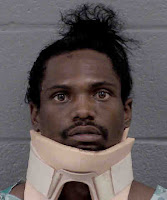 According to North Carolina State Highway Patrol, Dakeia Charles was charged with five counts of second-degree murder, as well as three counts of assault with a deadly weapon, DWI and speeding. Troopers said Charles was driving on a revoked license at the time of the wreck. The North Carolina Highway Patrol said Charles was traveling over 120 miles per hour on I-485 Outer near W.T. Harris Boulevard when he clipped a box truck, causing the truck to drive across the median and hit two cars on the I-485 Inner loop. One car contained four members of the Obester family; all four family members in the car died at the crash site. A man in the second car, Mark Barlaan, also died. According to court records, a judge revoked Charles' license after he was convicted of driving drunk in Lincoln County in 2017. At the time of his arrest, Charles had a .10 blood alcohol concentration, which is above the .08 legal limit.
Diehl, America Prisoner No. 20-216477-78 W/F 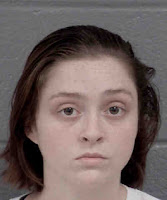 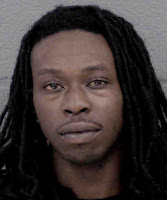 Police responded to an assault with deadly weapon call for service around 3:30 p.m. in the 1900 block of Lasalle Street. Officers arrived to the scene and located a GMC SUV that ran off the road and struck a tree. The victim was pronounced deceased on scene by Medic.The victim was identified as 28-year-old Cedric Kirkland. Detectives then identified a vehicle of interest and coordinated with patrol officers across the city to search for the vehicle. Officers were able to locate the unoccupied vehicle which led to detectives conducting several interviews. At the conclusion of the interviews, police said 24-year-old George Winston was identified as a suspect, arrested and transferred to the custody of the Mecklenburg County Sheriff’s Office where he was charged with murder and shooting into an occupied vehicle. But George Winston won the cosmic lottery and was given public defender Norman Butler the best that money can't buy.
CONTINUED!
Withers, Joshua Prisoner No. 285511 Case No. 21-209880 B/M
Adams, Aric Prisoner No. 475055 Case No. 18-229635-37 B/M
Asbury, Stoni* Prisoner No. 490539 Case No. 20-241866 B/F
Faulkner, Marquis Prisoner No. 260662 Case No. 19-220970 B/M 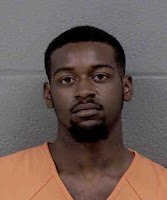 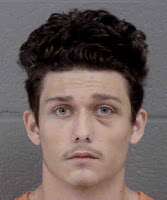 Officers say they responded to a shooting on North College Street where they found a man, identified as 37-year-old Stephen Robinson, dead from an apparent gunshot wound. Detectives say 19-year-old Xavier Hough is under arrest for murder after shooting and killing the man on October 16, 2020 around 4:10 a.m. Later Alexander Mack, 19, was identified as a suspect in the homicide case after further investigation. He was interviewed  by detectives which led to warrants being issued for his arrest. Hough is one of only 3 white males charged with murder and the rest are primarily African American.
CONTINUED To June 21, 2021
White Boy Remains Free on Bond!
McNair, Kelton Prisoner No. 478348 Case No. 20-206557-58 B/M
Paschal, Zytwan Prisoner No. 452262 Case No. 21-210039 A/M
Patel, Rupen Prisoner No. 446288 Case No. 15-226445 A/M 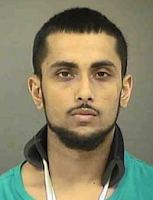 Mario Monroy can expect to be going away a long time. His atty is the worst in town, and lives only to suck the blood from taxpayers by taking these tax funded cases, and yet never has positive results for his customers.

I'm shocked that there are only 3 white guys charged with murder! Who would have thought? It must be a white supremist conspiracy? Racism is everywhere! Come On Man! Free Willie!

I can tell you there is a racial tendency in this group, but the common thread is pure, 100% human stupidity and worthlessness. If that goes with a race, that's your issue, not mine.
You can tell yourself those traits don't run in the genes if you want, or you can face the mathematical facts about the defendants, AND the victims in your county. No amount of free crap, or painted street murals are going to change that. Think about this: Phillip Adams was a 1%er in the Afam community. Someone who 'made it', to be looked up to.

And what did the old lady do to be held that long? Running into a crowd of people is and every week occurrence on the Ferry or downtown, I thought. No bail release for anyone, except an old ethnic lady who is probably cuckoo.

America Diehl has that deer in the headlights look. Priceless.

But to the point the 4:55 is trying to make, all I know is that certain type of people think this shit is acceptable because Charlotte is now a big city.

If they held a mass hanging I'd not have an issue with that.

Props to CP for posting this. Most of these cases are 30 second sound bites on the local news. One thug kills another thug and gets arrested, that is good news! Except that the system turns the killer thug back loose on the streets to kill again. Hopefully someone will take him out and the process is repeated. But wouldn't it make more sense to kill to birds with one stone?

If you locked them up for life no parole eventually you'd have a pretty nice city again.

Come on Man! Spencer ain't gonna lock up his his homies they is tight.

Any truth to the fact that Bellamy looted the pledge fund for his lap band surgery ? The truth will come out.

So, how many hung from the tree yesterday? Oh, those were much simpler times.

Marquise Faulkner. I'm sure he's partying tonight at a hotel off Sugar Creek. I will also take the bet he ends up bagged and tagged in the next 18 months. He won't get caught for his next murder...luck just runs like that, but living that life will catch him quickly.
Case dismissed: shame on the DA

Why was the case against Faulkner dismissed?

Any information about Diehl? (one of 4 charged in the murder of the young girl in Plaza Midwood)

Move out of Mecklenburg!!!!

Who is Joshua Richardson?