Christopher Bailey Thug No Longer on the Run

Mecklenburg County Sherriff's Office records show that Christopher Bailey was booked at the intake center at 10:39 last night. Charged with First Degree Kidnapping and assault on a Female.
Jada Latimer was found safe and is now with her family. 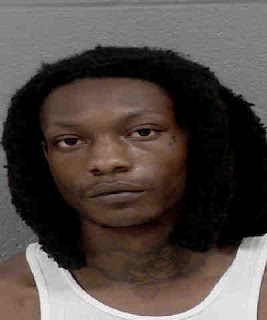 Photo Courtesy MCSO June 9, 2021
Bailey was the subject of a city while manhunt that begin mid-day Wednesday June 9, 2021. 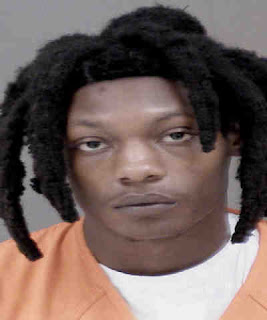 He's a violent armed felon with prior arrests for violence against women and now charged in the disappearance of 18 year old Jada Lanise Latimer. 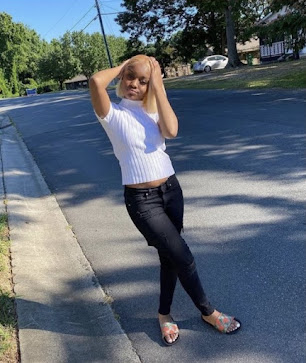 Bailey is facing charges of first degree kidnapping and assault on a female.

So concerned for her safety, CMPD issued a rare call for the public's help in locating Latimer.

But Bailey's troubles don't start there, his history of violence has been well documented yet he was released from Garry McFadden's Mecklenburg Residence Inn back in December of 2020 after being charged with violation of the his probation.  No bail no monitoring.

The probation order stems from a December 2, 2018 shooting. Bailey was tracked down and arrested on December 5, 2018 held until December 12, 2018 when he was released. 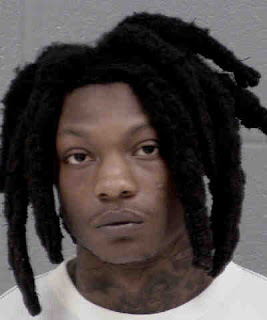 While awaiting trail Bailey was arrested again, on  April 11, 2019 this time for Assault on a female and receiving stolen goods. He was released within an hour.

At trial on August 6, 2019 he was convicted of AWDWIKISI and the attempted murder charge was dropped.  He was sentenced to 45 days and  2 years probation. He was released on September 27, 2019.

On December 3, 2020 he was arrested and charged with Carrying a Concealed Weapon, Possession of a Firearm by Felon, Possessing a Stolen Firearm, and drug charges. He was released the next day, again no bail. 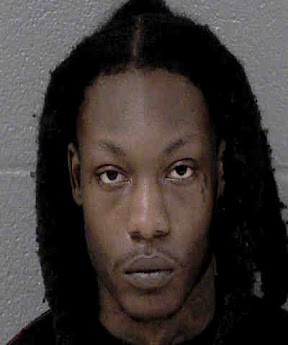 On December 14, 2020 he was arrested for Assault with a Deadly Weapon-Serious Injury and was released four hours later. 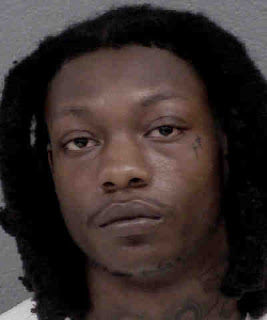 A menace to society - should have double tapped this MoFo's head and saved us all some grief.

He's out in a week or

Come on Cedar set it up.

The are certain people who make the world a better place simply by leaving this world. This POS is one of those people.

Please name the judge that gave this sentence of probation for trying to kill someone and nearly succeeding to a violent felon with a long history of similar violence and ignoring probation requirements. I vote.

How is it that this negro can shoot someone and the punishment is only probation as if it was a first time shoplifting conviction? Ten years should be the min this animal should have received.

This is the reason for racism, non black Americans see this guy as the typical Black man. It is not just white people Mexicans Asians and all others see this man and this behavior as Black.

No wonder unemployment is highest in the Black community.

If you're black this guy is how people see you.

I read last night, Meck County has over 10,000 homes owned by hedge funds now. I'm telling you, this young man's life would be a lot different if he had a place to go when he was younger. Maybe dances on the weekend for him to meet the ladies, the whole shebang. He could have gotten out of school and taken a good job like pumping gas at the filling station.

These guys can afford to pay a 1% property value tax in place of a township tax to save these young men. I am appalled at these comments and how far off base you are. It's obvious police harassment. Look at that, a seat belt ticket? Only someone like me, recognizing their privilege, can see how one seat belt charge helped spiral this man's life out of control.

Who among us hasn't ridden without a seat belt? It's his skin color that got him pulled over and you know it. Fake registration. That sounds like some phony baloney to me. Wonder what he did to make the man target him?

LoL 3:04 I checked and Cedar didn't say it but NC SHP did that. Just let him have it 3 citations 6 offenses. But that SHP Corporal is lucky because you know his MoFo was ridin dirty and it apparently doesn't take much to set him off.

Hope SHP takes notice at how close they came to an EOW by not doing proper police work. Bet SHP didn't even get him out of the car.

15:04 is back, I love it! It’s either ingenious satire or pure delusion, but it’s hilarious. Keep ‘em coming.

Democrats like it this way. Listen to them talk about how American Flags make them nervous. That's ok since Pride Flags makes me nervous. Confederate Battle Flag makes me smile. But Black Live Matter Flags pisses me off. So all seems fair.

The difference is I have no intention of burning a BLM flag or tearing down a Pride flag. But according to Democrats that's ok as long as you're burning a Confederate flag or Trump Flag.

There needs to be limits but if there are no limits then it needs to go both ways or its gonna cause trouble.

Wonder why anyone cared? The shit goes on all the time in da hood. Surprised they found her alive.

BLM in action! Remember, he is now a "customer"!

Stella is on her way to Raleigh let's all wish he the best of luck!

When you just let them go they revert back to being the same POS!

He's just a POS idiot with stupid f@cked up hair!