An armed suspect has been taken into custody following a shooting and more than two hour long standoff in Steele Creek area Wednesday afternoon. 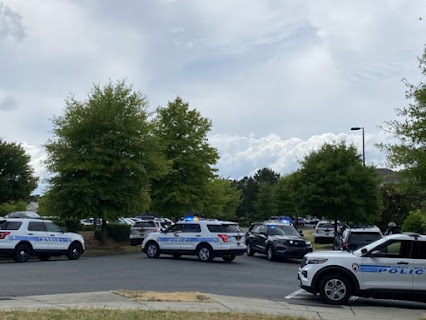 The suspect identified as Antoine Debold has been charged with numerous crimes including 3 counts of attempted murder, 3 counts of Assault on a law enforcement officer with a firearm, Assault on  a Female and Possession of Firearm by Felon. 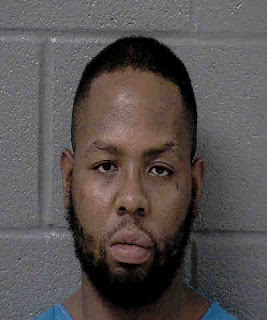 Charlotte-Mecklenburg Police said their SWAT Team responded to a barricaded suspect in the 13500 block of Little Abbey Lane in Steele Creek around 1:45 p.m.
The area is known as Bexley Steelcroft apartments and is located behind the Jim and Nicks Barbeque and the Harris Teeter on South Tryon Street.
According to CMPD, officers were responding to a 911 call regarding an ongoing domestic violence situation when an unknown occupant fired several rounds through the front door at officers.
CMPD said their officers moved back, took cover, but did not return fire.
No officers were shot or injured during the incident.
The scene was ‘very active’ for about two hours, CMPD said.
A member of their team was on the phone with the suspect before talking him into surrendering and the man was taken into custody peacefully.
South Tryon and Steelecroft Parkway were temporarily closed during this time.
Posted by Cedar Posts at 7:24 AM

I went to school with a white kid names J’marius d’Angelo Jackson.
No, that’s not true. He was black

What makes you think the guy was black? The Police haven't named the suspect yet so come on man!

Isn't time we address the violent nature of African Americans? It is not just the perception it is the reality.

Ain't no white guy in Charlotte named "Antoine" and made it out of the second grade!

Bexley Steelecroft was nice when it was first built but it has since become ghetto!

Who cares about Antoine? Any pledge fund news?

Cedar, you have to have the wrong mugshot. I thought crazy white guys armed to the teeth with assault weapons only shot at police?

Crazy white guys armed to the teeth with assault weapons actually know how to shoot, Antoine had his "throw down" Hi-Point he got from his homey's cousin and just sprayed bullets in the general direction!

Like, it’s truly just a skin pigment difference on the surface, but somehow they have really as a group turned it in to a collective trend of always being a bunch of fuck ups. Crazy.

Remember he is now considered a "customer"!