In February of 2007, I attended a rally in Orangeburg, SC featuring the relatively unknown speaker Barack Obama. The Illinois senator had just announced his bid for the Democratic presidential nomination and South Carolina was his first stop on what would become a very long campaign. 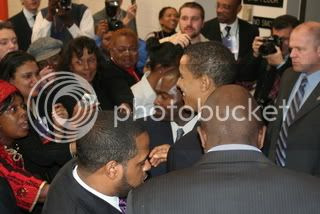 Barack Obama in Orangeburg, SC February 17, 2007 Photo By The Author

On a bright and chilly February morning, my always adventurous wife Ellie and I, drove up to Orangeburg, in search of Obama rally tickets.

The folk's at Chaflin College, knew nothing about, or even who Obama was, but by chance we stopped at the public library and the staff could not have been more helpful. They suggested we visit a nearby law office and ask for Beatrice Johnson.

Beatrice was thrilled to have us as guests and gave us the VIP treatment, so we were in, two die hard republicans had infiltrated the liberal grass roots of South Carolina.

A small crowd of about 500 people were on hand to hear what Barack Obama had to say. There was only a tiny police contingent, consisting of a few uniformed Orangeburg police officers, a couple a sheriffs deputies and two members of SLED in suits.

We were amazed at how the crowd was handled, placement of our white faces in a sea of black was, interesting, as we were asked to sit mid way up the bleachers, though I would have chosen a seat on the end and down in front, the Obama team asked us to move up and we obliged.

Soon we were surrounded by the local, friendly, very polite and of course black citizens of Orangeburg. We were the token white people on display for the world to see via the press pool across the basketball court from our seats. 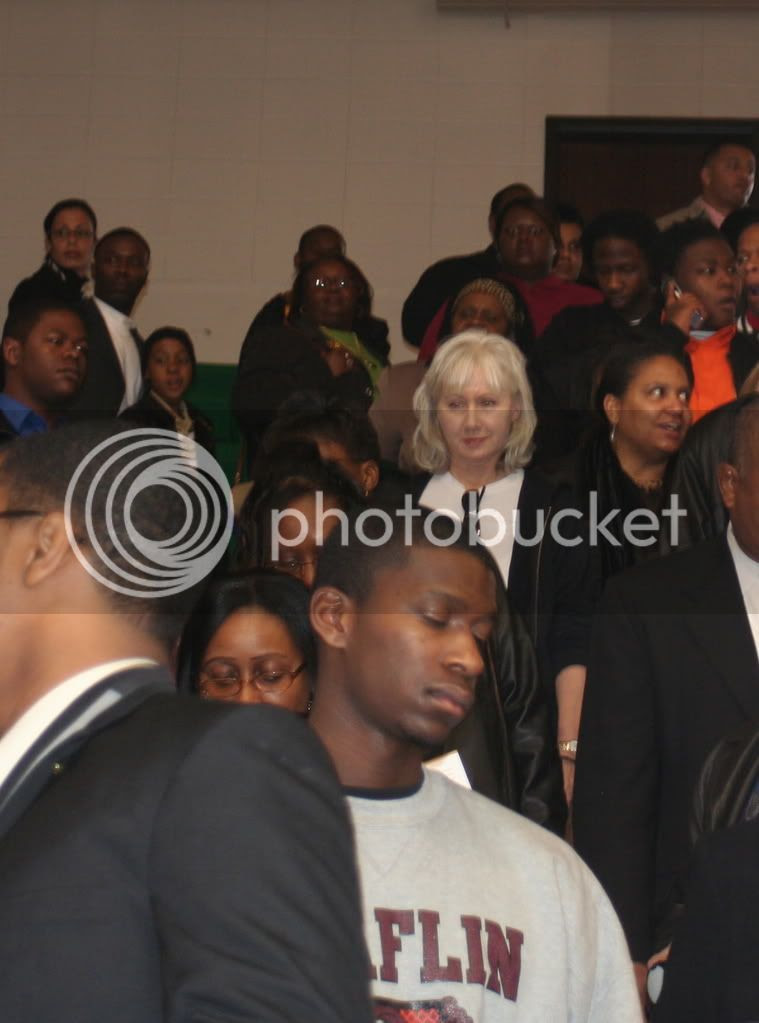 Barack Obama entered the gym to pleasant applause, but by the time he was done he had the crowd on their feet. As he began to leave I was ushered by an Obama staff member to the floor where I shook Barack Obama's hand, while he looked me in the eye and said "Thank you so much for coming, I really appreciate your support and I am going to need your help".

As we left the building, we shook hands and talked with Jim Clyburn and I told the congressman "this Obama guy is good" but it was this part of his speech that has stayed with me for the last 20 months:

If I have your support, if I have your energy and involvement and commitment and ideas, then I'm here to tell you, 'Yes we can in '08.' "

As we left the building I said to my wife: "I just shook hands with the next president of the United States".

Barack thank you for not letting me down.

Of course I voted for John McCain, but now that the election is over I have every intention of supporting our President elect, Barack Obama!

The election rants and raves:

Michelle Obama is no Jackie Kennedy and Why it Matters

All Glory is Fleeting

Are You Ready for Change?

Change is Coming to America

Why do we have Random Primaries and Caucuses Anyway?

Obama Wins South Carolina
Posted by Cedar Posts at 5:52 AM

Interesting view on Obama from just months ago. I think the first time I had heard of him is when he was running for the Senate.

I really think as I did back in February of 07' that the President Elect is a great speaker. Even his first press briefing was eloquent.

So now we shall see if there is more than just talk.